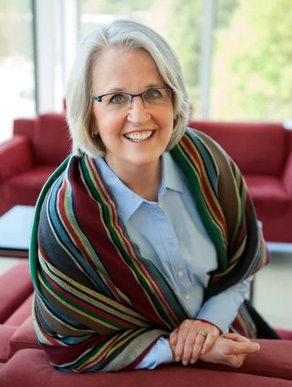 To Mayor Baldwin and Council Members,

I have just sent an email to you as a member of ONE Wake.  I am following up with a personal email. I’m copying council staff, as I would like this read into the public record at your meeting tomorrow night.

This project and the way it’s being fast tracked is a betrayal of your relationship with the citizens of Raleigh.  You have just won our support to spend our tax dollars for affordable housing in our community.  A pittance of what is actually needed, but a good start.  Now you’re proposing that our tax dollars be given to support a private development, while having no legal agreement with the developer to provide any affordable housing.  You’re proposing giving away future tax revenues that should be appropriated by the city for housing and any number of other critical needs, now and in the future, during a time of ongoing economic distress.

As a psychotherapist, I will share one of the best definitions of addiction I’ve ever heard: “You can’t get enough of what you don’t need.”

Raleigh DOES NOT need more hotels, more restaurants, another sports venue, and more expensive high rise apartment dwellings.  We are in a pandemic.  Businesses, restaurants and hotels are hanging by a thread. Not to mention entertainment venues.  And yet you’re proposing to offer tax dollars for a private developer to bring in new businesses? At this time?

The issue of betrayal of our African American community looms large here as well.  Decades ago, white development split Oberlin in two and left it in shreds.  In more recent times in Durham, a bypass was run through the Hayti community.  We need to stop our white privileged approach to these communities.  If we want to bring new development to their neighborhoods, shouldn’t we be asking them what they want? Shouldn’t we all be at the table together, building communities together, rather than superimposing on them our profit-driven developments?  Developments that are far more likely to benefit white people, and not the citizens they will most profoundly effect.

The issue of betrayal also looms large in the manner you’re going about this.  If there were no pandemic, the meetings about this rezoning would be packed.  The word is barely getting out about the project because of current gathering limits.  As you know, there is substantial opposition to this development on the part of multiple religious communities, represented by ONE Wake.  I believe you would have notable push back from the business community as well (ie, the latest article in Triangle Business Journal) for all the reasons I’ve listed above.

This appears to be a ‘done deal’ between John Kane and a number of you who received campaign contributions from him.  It appears that the tail is wagging the dog.  Raleigh is in no rush for this rezoning to be approved.  Council appears to be rushing because John Kane wants this done.  You were elected to serve all the citizens of Raleigh, not just private developers.

In closing, let me say that the optics for this project are bad from all sides.  From a “pay to play” appearance, to a white privilege appearance with no real engagement with our African American neighborhoods, to pushing for something that people need more time and information and ability to come to the table.  We are all extremely stressed and pre-occupied with Covid-19 and this hideous election cycle.

As a career psychotherapist and mediation teacher, I assure you that people are deeply traumatized at the moment, with very little bandwidth for anything other than keeping their lives going.  To push through a massive project at this time looks opportunistic and uninterested in the needs and opinions of the citizens you represent.

I’m asking you to postpone your rezoning decision until after the new year.  I’m asking you to do a great deal more outreach and information gathering about what Raleigh really wants and needs from this or any other development.  This simply is NOT the time to rush a rezoning for such a massive project with so many possible negative outcomes for all Raleigh citizens.

Rachael Wooten, Ph.D., is a Zurich-trained Jungian analyst and a licensed psychologist who has been in private practice for over 40 years. She has taught meditation in the Tibetan Buddhist tradition for 20 years. Rachael was a founding Mother of The Women’s Center in Raleigh. A long-time activist on behalf of women and the environment, Rachael relies continuously on the principle of the Interdependence of all Being, which values the sacredness of all beings–human and otherwise–as guidance in her relationships, her vocation , and her activism. She is a member of Pullen Memorial Baptist Church, Yavneh, a Jewish Renewal Community, ONE Wake, and Livable Raleigh.