Enloe HS students harassed by protesters – a parent speaks out 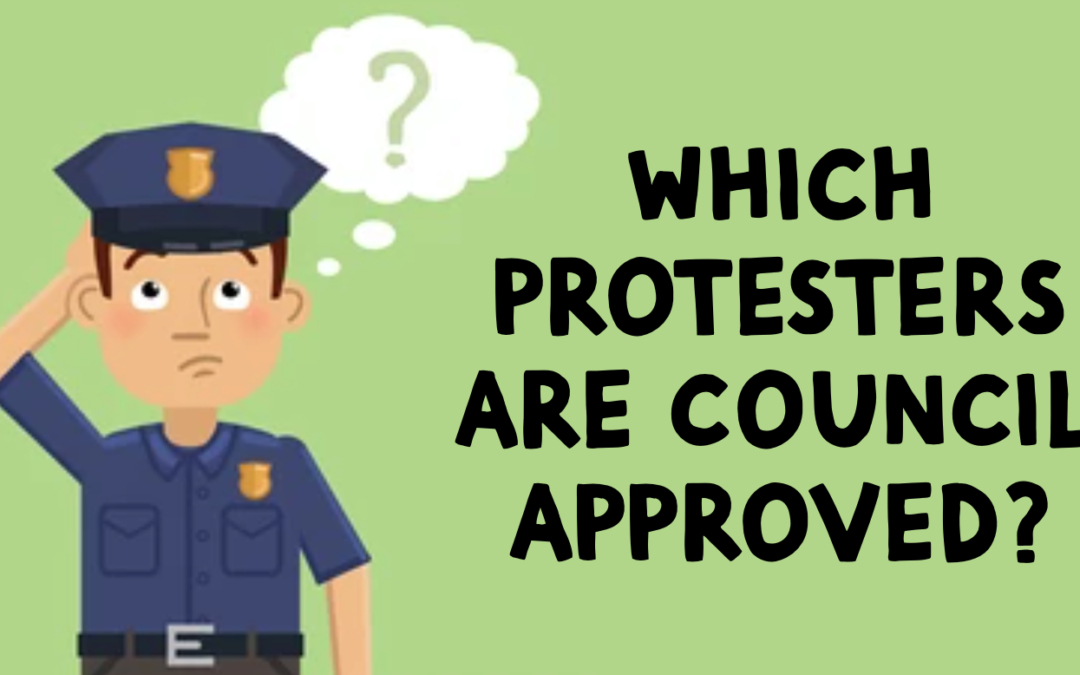 Mayor Baldwin has made a complete mess when it comes to how Raleigh Police should respond to protesters. We’ve seen peaceful protesters arrested. Meanwhile, we have scenes like this one — described in a note to us from parent Amy Lee — where the RPD stands back, unable to act, while angry anti-abortion zealots — apparently a roving band from out-of-town with no permit to be there — harassed students on the Enloe HS grounds. Why?

That’s what we’re asking after Enloe parent Amy Lee sent us this note:

My daughter is a senior at Enloe. On May 25, 2021 a well-organized group of anti-choice folks were at the school yelling at kids and filming them as they entered the school. They were using bull horns while kids were trying to take AP exams. Students reported kids showing up in the office very upset. I headed to the school for dismissal, and this group was still there. They were in front and behind the school. I asked a couple of them about a permit, and they told me they didn’t need a permit on public property. Police were in front of the school, so I asked 2 of the officers about requirements for permits. They said the city was not enforcing permits now. I mentioned that I was part of groups in the past that were required to get permits, and the officers asked me how long ago that was. I asked if the lack of enforcement had to do with COVID, and their response was, “something like that”. What does that mean?

I also had a chance to speak with one of the security guards behind the school. He was making sure kids were safe, and expressed his concern over the filming of underage kids without parent permission. But evidently it is allowed if on public property? Whether you agree with the anti-choice stance or not, there should be some sort of accountability for a gathering near a school. It appears any group, advocating for any cause has easy access to students very near school property. How can anyone think that is keeping our kids safe?