Engagement is your JOB; if not us, WHO are you talking to? 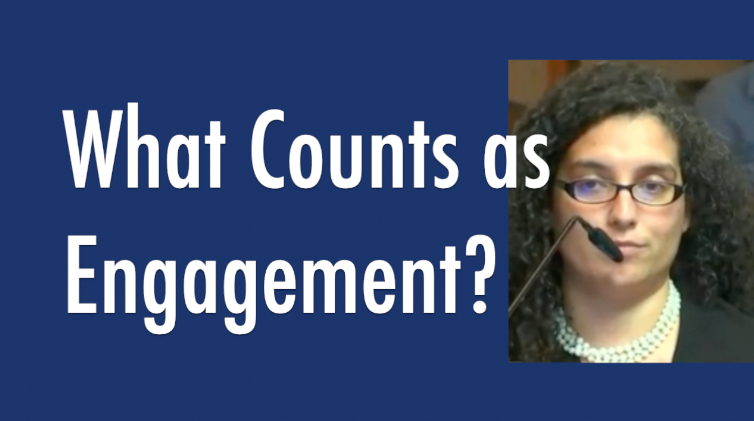 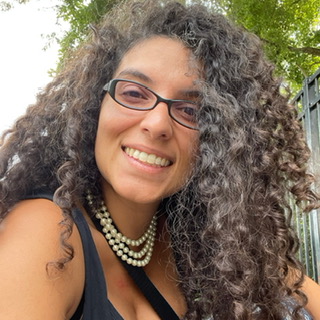 The text of Christina Jones’ comments appears below

Engagement.  That’s a trigger word for a lot of us. Many of my questions have revolved around defining what different terms mean so that residents can hold the city accountable for outcomes.  What does engagement mean to you?

I attended a city meeting a few weeks ago in regards to the Community Fund.  If I’m not mistaken, the meeting had 3 listening options and the one I attended had about 7 residents.  Seven.  I knew almost every staff member AND resident that came out.  I say this to emphasize that those of us who WERE there, we’re already pretty engaged.  If your target was to inform new people and bring them out, that event fell short.  Does that count as engagement?

Let’s discuss public hearings.  You put the $1 billion budget up for a hearing and gave the pro and against side each 8 minutes to speak.  What constructive feedback can you possibly receive in 8 minutes on $1 Billion?  Does THAT count as engagement?

You are all keenly aware of how many voters you have to reach in order to win an election, but  somehow, once you get into office, that same outreach becomes “difficult.”

It is cowardly not to respond to any of my 36 times coming before you.

It is cowardly to look the other way as your employees beg to be paid their worth while you give yourself raises.

It is cowardly to wait a week to “disagree” with comments made by Refund Raleigh and then attempt to tone police them without having anyone in the room to respond to you.

Don’t waste the time I DO NOT have.

Engagement is your JOB and the reason you are elected and not appointed.  If you’re not talking to us, who ARE you talking to?  Your time is up and now it’s our turn to be heard this November.

Christina Jones is referring to a statement made by Councilor David Knight when she talks about disagreeing with comments made by Refund Raleigh and “tone policing” them when they are not there to respond.

Livable Raleigh would like to add to Christina’s concerns and point out that Knight’s comments were a violation of his councilor’s “Code of Conduct.” The relevant part of the code is here:

CONDUCT WITH THE PUBLIC
Public meetings and hearings can be an unnerving experience for some people as they are appearing in an unfamiliar setting and for something that is important to them in their daily lives. Therefore it is important to treat every person appearing before city council with the following courtesies:
1. Be welcoming to speakers no matter the person’s point of view.
2. Be an active listener. The speaker is there because the speaker feels strongly about the issue. The respectful thing is to pay attention.
3. Avoid debate and argument with the public. It is never appropriate to belligerently challenge or belittle a speaker. Council members’ personal opinions or inclinations about upcoming votes should not be revealed at public hearing until the hearing is closed. Council members should remember that their body language and tone of voice can also appear to be intimidating or aggressive.
4. Make no personal comments about other council members. Disagreements are fine but do it in a civil way.