Decisions made by the city should be informed by the residents who live there; what a concept! 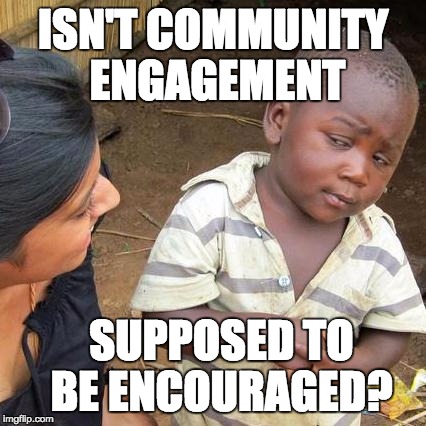 I recently participated in the Midtown CAC ZOOM meeting, in which we discussed Z-45-21.  This is a project that will displace current affordable housing on Navaho Drive.  Currently, there is a strong hispanic/latino population in the area and when the developer was asked what their plans were for future affordability, we were told that the topic of affordable housing is “ongoing.”

Fifteen people attended the developer’s first neighborhood meeting, and were left unsure about when a second neighborhood meeting will be scheduled.  I am confused how this reflects Council’s “vision” of inclusivity when so few people, who WILL be affected by this, actually know what is happening.

Whether you loved them or hated them, CACs were consistent.  There was a presentation meeting on a rezoning, followed by a vote at the next meeting.  Each CAC met on the same day and time each month.  Now, rezoning education has been placed into the hands of developers.  How do you ensure that they are reaching MORE people than what we had before?  Do you require that the developer offer a translator to those who speak another language?  CACs were not required to have translators either, but I DO think we can look to that as a goal moving forward, so as to make our process more inclusive.

As we move into the portion of your term that was NOT voted on by those whom you represent, I challenge you all to make it a point to communicate with residents in your area (whether that be district or at large).  Giving your report on decisions that you have already made is a reactive style of governing and I would love to see a more proactive approach, allowing residents to help inform you of their wants and needs.  Decisions made by the city should be informed by the residents who live there.