City Council “Acts” to Fix the Affordable Housing Bond. Their Action Was Little and Very Late. 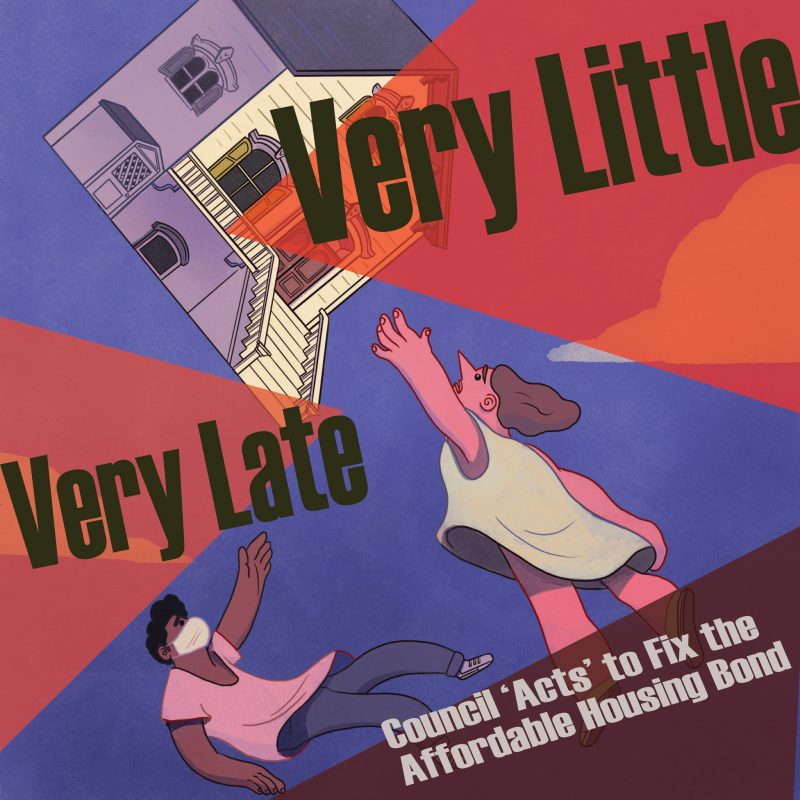 The City Council finally did something about the Affordable Housing Bond Issue yesterday, months late and literally as people are about to start casting their election ballots by mail-in vote. Was it enough?

One of LR’s founding members, Bob Geary, spoke last night during the Council’s public comment period. Here’s what he said, in the 2 minutes available.

I’m Bob Geary. I’m a member of the Wake County Housing Justice Coalition. I’ve spoken to you before about your proposed 2020 Affordable Housing Bond Issue, and about the absence of any commitment from you that the $80 million, if authorized by the voters, would be used to help the low-income families and individuals in Raleigh who are in the greatest need of safe, affordable housing.

I watched earlier today as you received some recommendations from your Housing and Neighborhoods Department director on this subject, and you endorsed them without much discussion and, in my opinion, NO useful analysis. Thank you, Councilor Cox, for dissenting from that action.

My quick analysis is that the recommendations are better than nothing, but they fall far short of what’s needed to help those in the greatest need.

But what I really want to say is that these recommendations should have come to you months ago, when our Coalition pleaded with you to step up and define the bond.

Your public engagement process on this has been, in a word, atrocious.

Public engagement is something you don’t care about – that’s clear. And really sad.

Had you acted on the bond in March, or even in June, there would have been time for reflection about what you did and whether it was good enough.

Three things are missing from your action today.

Your staff made the targets sound better than they are by mixing up city spending with county-funded housing vouchers. But the plain fact is that as things stand, the city will continue to subsidize housing for moderate-income families, and the poor will be left to fend for themselves.

Or left to the county.

Raleigh, we STILL have a problem.

p.s. Adding insult to injury, Councilors Jonathan Melton and Nicole Stewart said the bond should strongly address gentrification, dislocation and evictions. But when the time came for them to somehow beef up the “targets,” they offered nothing. They were all talk, but no action to protect low-wealth communities of color.