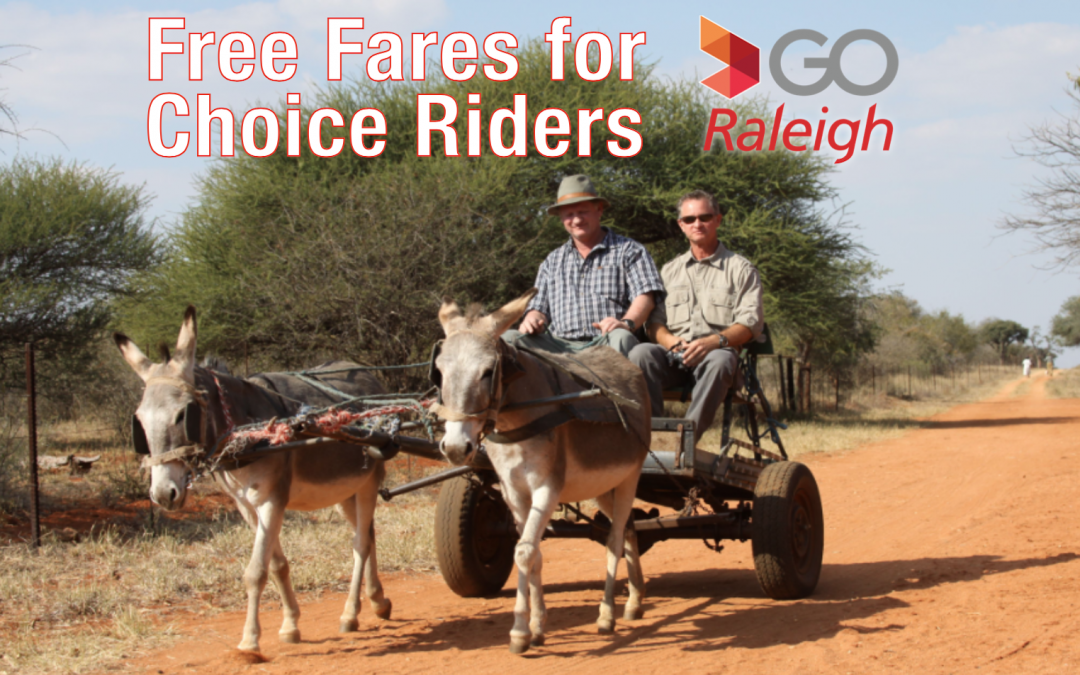 Council’s upcoming decision to either keep or eliminate Raleigh’s COVID-era free bus fares (N&O 15 November article) has been framed as making an important statement about Raleigh’s commitment to high quality and equitable bus service. Maybe so, but if you listen to the Raleigh Transit Authority’s (RTA) November 10 deliberations on the topic, you might conclude that reinstating fees will have little impact on a system that is in decline and without an effective plan to provide high quality and equitable transit services in post-COVID Raleigh.

At the Raleigh Transit Authority’s (RTA) recent meeting about reinstating bus fares, several members made important points. One member said restoring bus fares won’t change the fact that Raleigh’s transit system is woefully underfunded and underperforming: “We have a system that is broken,” and that current tools for judging transit success are outdated. Another member said a vote before any public hearing or public comments would be premature.

Members on both sides of the fare question agreed that transit funding in next June’s city budget will be the real test of Raleigh’s commitment to high quality and equitable bus service. The RTA Chair added that current transit development decisions are working against transit’s purported equity benefits, by forcing modest-income residents out of the very communities where our biggest transit investments are being made: “Bus Rapid Transit (BRT) is gentrifying people off New Bern Avenue.” Rather than serving cost-burdened households, “BRT decisions are moving people out of their houses” and out of Raleigh.

The N&O article quotes an incumbent Councilor as supporting free fares in order to increase ‘choice riders:’ “those with cars who might be interested in trying the bus but are confused about the need for tickets, transfers or correct change.” While continuing free fares may be the right thing to do for those without cars, focusing benefits on ‘choice riders’ reinforces the outgoing Council’s trickle-down version of smart growth that sees helping those with money, cars and homes as the best way to someday help those in need. And if the current system is inconvenient for choice riders, saving $1.25 bus fare won’t get them out of their cars anyway.

As the RTA Chair noted, the trickle-down formula Council is using to gentrify the New Bern Avenue transit corridor – promoting upscale ‘choice housing’ for those new ‘choice riders’ – is leaving modest-income families along New Bern Avenue and across Raleigh with no transit choices and no housing choices. Council policies that send those who need affordable housing and transit access to the back of the bus are no different than the economic redlining of the post-World War II years.

So, what should the new Council do about reinstating bus fares? Since the fare decision is a small part of transit funding that won’t be voted on until next June’s budget, start by going out into the community and listening to constituents with real needs. Ask your RTA members and your transit experts: What would a quality, sustainable and equitable transit system look like? How should we measure progress toward that goal, and how will transit spending fit in with other budget priorities?