Bring elections and voter engagement into the 21st century 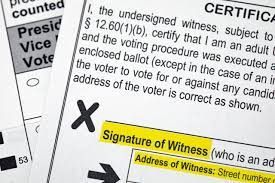 Barry Eriksen has been a rustbelt refugee and Triangle transplant for over 40 years and for the last 22 years has lived in West Raleigh’s Fairmont neighborhood. This blog post is adapted from his remarks made during the September 21, 2021, Raleigh City Council meeting.

Recent state legislation, sought in secret by Raleigh’s Mayor Mary-Ann Baldwin, dictated that Raleigh municipal offices switch to even-year, plurality elections from the odd-year, majority elections used in the past. Indeed a pattern of secrecy in public decision-making by Raleigh’s mayor has angered many residents, spurring them to organize and conduct a recall petition drive. Meanwhile, the mayor’s recent task force on elected officials’ terms & compensation issued its final report, recommending a switch to four-year terms (from two years) and substantially increased compensation. However, the importance of maintaining a viable recall option was somehow overlooked.

With a switch to elections in even-numbered years, voter turnouts are expected to be anywhere from 4 to 8 times higher than in past, odd-year municipal elections. With such higher voter turnouts, recall provisions in the city code will be rendered impossibly difficult for citizens to use in the future. The recall rules are widely known to have been outdated for decades. And no successful recall has ever been held in Raleigh’s history under these rules.

Now is surely an appropriate time to update them while city-election and council structures are being re-considered. If we are going to switch to four-year terms in even-year elections, we should reform our recall rules to allow a determined effort to recall an elected official to succeed, rather than be stuck with a bad apple in office for a full four-year term.

More specifically, recall rules should be streamlined by dropping the requirement for a physically present witness’ signature, relying on already existing state laws intended to facilitate the adoption of electronic signatures. Just as importantly, consideration should be given to reducing the number of signatures required to reflect the reality that turnouts in even years will be much higher than in past odd-year elections. And since the switch to plurality elections will allow election by only a minority of voters, it is all the more important that a viable recall option be available to the citizens of Raleigh to maintain a robust, democratic framework for governing our city. Can you imagine a badly misbehaved councilor elected by a minority of voters refusing to resign and there being no viable way to remove them before a four-year term is completed?

NC law does not require a notary or witness to register to vote, nor to vote in any election, but somehow a witness is required for merely signing a petition in the City of Raleigh. This overly complicated process was obviously intended by past politicians to make it impossible to successfully petition for a recall.

Let’s bring our elections and voter engagement into the 21st century by amending the city charter and ordinances to streamline our petition processes by accepting electronic signatures as already allowed by state law, just as the city does with purchase orders and other back-office functions, and just as many state agencies have been doing for years.