After the election, Raleigh still has work to do. Is your voice being heard? 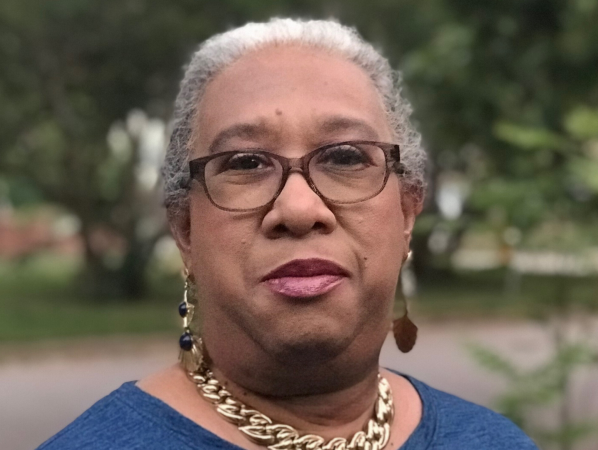 I know that the election is on your mind, but if you live in Raleigh, life will continue to move rapidly on Wednesday. The Raleigh City Council meeting normally held on Tuesday will be on Wednesday and serious issues will be on the agenda.

The City Council meeting on Wednesday will include discussion about the Memorandum of Understanding that Kane Realty has submitted at the Mayor’s request for a community engagement process where people will be nominated and voted on by the Council to represent the citizens that over the last one and a half years Kane Realty has not found the time to speak with.

This would be in lieu of having a Community Benefits Agreement where the developer would be legally bound to the agreement for benefits that the community wanted through discussion with organizations that include community members and businesses. That is what we have been asking for, not a council nominated group.

ONE Wake (https://www.onewake.org/), a non-profit organization of 42 churches and non-profits in our area, has agreed to be the legal entity that will lead the fight on the Community Benefits Agreement. Tell the members of the City Council that you don’t want the Memorandum of Understanding or a council nominated group to speak for you. Find your councilperson’s email at this link and send them an email before Wednesday night’s meeting.https://raleighnc.gov/city-council-office

According to Bonner Gaylord, Managing Director of Operations for Kane Realty, they have had a robust community engagement process and talked with lots of people in the community. They had 1-on-1 conversations and coffees and had 100 people to participate in the Urban Land Institute process that they paid for last August.

What they have not done is go into the community that is downstream from where they want to build and talk with the people whose lives and homes will be impacted by the dense growth. They haven’t talked with the people who will have more gentrification in their neighborhoods and whose property taxes will drastically increase as the clamor for housing grows.

Don’t let Council give away 40 story zoning entitlements without first negotiating an authentic COMMUNITY BENEFITS AGREEMENT with ONE Wake.

They have not shown anybody what the plan is for the property (which is almost 150 acres and borders I-40 on both sides between Wilmington Street and Lake Wheeler Road), only shown pretty pictures.

Do you know that they are asking for 40 story heights for the developments?We are being told that the rezoning must come first before the plans are drawn, and the pictures shown are only for 1/3 of the development.

Here is the link for the agenda for Wednesday’s Council meeting: https://go.boarddocs.com/nc/raleigh/Board.nsf/goto?open…

Also, here is the staff report that will be presented to the Council https://go.boarddocs.com/…/20201104CMODowntownSouthStaf... (24 pages long but you need to read it.)

This will absolutely affect the citizens of District C, but will also set precedence for the entire city. This project will be the largest project ever built in the City of Raleigh and they have only shared the pictures for one part of the entire plan.

We, the citizens of Raleigh, need to be heard. I’m talking about the everyday people, not the elected officials, not the heads of businesses and corporations. I’m not even just talking about the Black people. I’M TALKING ABOUT ALL OF US.

WHAT DO YOU WANT YOUR CITY TO LOOK LIKE? We don’t live in NYC or Atlanta. If you moved here, that is not the place that you moved to and I would assume that if that was where you wanted to live you would have gone there.

The Memorandum of Understanding also requests TIG (Tax Increment Grant) financing for the sports and entertainment arena (which was formerly the soccer stadium). This way of financing will allow the developer to continue to pay taxes on the property as though it has NOT been developed over a long period of time (although the property will become much more valuable) and the difference in the property taxes paid and the property tax value would be placed into a fund for community benefits. This is not the same as a legally binding community benefits agreement and is not as binding or as effective.

Finally, the Planning Commission has been fighting hard for the citizens on this plan. The Planning Commission will meet on Thursday at 3:00 pm for about 3 hours. If you can’t attend the meeting, please reach out to the planning commissioners and voice your concerns. Here is the link to the planning commissioners emails—scroll to the bottom of the page. https://raleighnc.gov/planning-commission  Because this is a Committee of the Whole meeting, citizens are allowed to speak without having to sign up far in advance.  If you would like to speak, please email Ira Mabel at ira.mabel@raleighnc.gov to sign up.

SPEAK UP AGAIN RALEIGH CITIZENS. Don’t let this slip by you in the wake of the election process. This will affect us for not just our generation, but for generations to com.

Carmen Cauthen is a lifelong activist for racial justice and a servant-leader in the African-American community in Raleigh. Her roots in the community go deep and wide. Her work with children and parents, always as a volunteer, spans her entire adult life. She’s been a missionary—a quiet, determined force—in a multitude of faith-based, school and community projects to advance racial equality. She was the founder of the NAACP chapter at N.C. State University. As co-founder of the Wake Housing Justice Coalition, she’s helped change the conversation about affordable housing in Raleigh to focus it on helping those in the greatest need.