A Convenient Excuse to Silence the Public Again 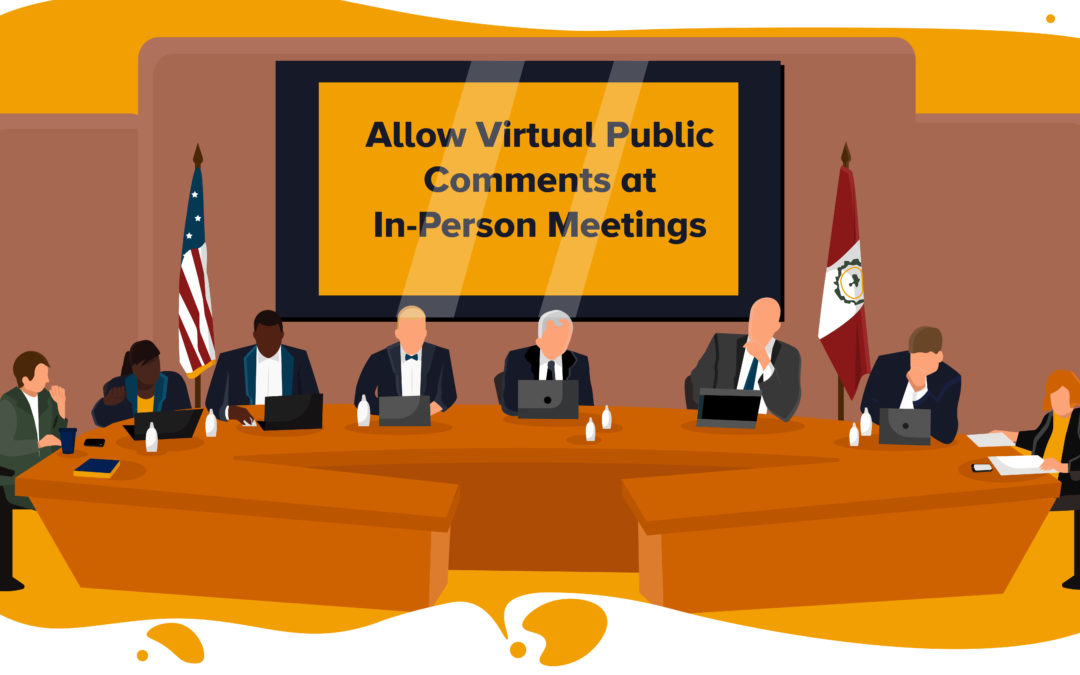 The Raleigh City Council decided at its last meeting on February 15th to return to in-person meetings, beginning in March. At this same meeting, a couple of Raleigh residents spoke before the Council urging them to continue offering residents the option of participating in public comments remotely, virtually. The city attorney, Robin Tatum Currin, replying to these residents, stated that it is her opinion that North Carolina state law does not allow virtual public comments at in-person meetings. In other words, Currin believes it would be unlawful.

Click here to hear one of the residents speak and Currin’s reply: https://youtu.be/unXxzLIo7mk?t=723.

Currin’s opinion is just that, an opinion. At present the State of Emergency law that the North Carolina legislature passed in May 2020 sets forth the temporary rules for how public bodies, such as the Raleigh City Council,  conduct remote meetings. When this Emergency law expires, the rules will revert back to what they were before the pandemic, as set forth in Chapter 143, Article 33C of the North Carolina General Statutes, entitled “Meetings of Public Bodies.” This law in no way prohibits virtual public comments at in-person meetings. In fact, it does not even mention it.

If you listen to the video of Currin’s statement, you will hear her say, “generally if a statute doesn’t address something, it doesn’t mean you can do it. It is actually the opposite. And we know because the General Assembly felt it necessary to pass this law to allow this to happen during a pandemic, that they felt they needed it, and it didn’t exist before.”

Let’s be clear, the NCGA did not pass this law to make virtual public comments temporarily legal, rather it passed the law to establish clearer standards for how local governments conduct remote meetings. Furthermore, the “Meetings of Public Bodies” Article does address electronic meetings, just not in the detail that the Emergency law does, and neither law specifically addresses public comments.

It is worth noting that Currin’s interpretation of the law conveniently provides an excuse for the City Council to restrict public comments to those individuals who have the time, transportation, personal resources, and good health to appear before the Council in person. It is the position of Livable Raleigh that this restriction is unacceptable, particularly given that several Councilors have expressed via both social and local media a commitment to making civic engagement in Raleigh more equitable (and, therefore, presumably accessible?).

We will be writing more on this topic in the coming months – please stay tuned.