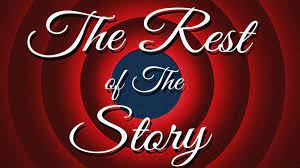 On April 26 WRAL-TV featured a story about a proposed North Hills Rezoning case (Z-67-21) that took place at the Planning Commission meeting earlier that day.

WRAL’s coverage was effectively a promotion for the project, as compared to an accounting of what actually happened at the meeting.

WRAL did not show the Raleigh Fire Chief’s dissertation about the inadequacies of the developer’s proposal for up-grading Fire Station #9.

WRAL did not show Larry Helfant’s comments about the loss of existing affordable housing along Navaho Drive.

Their coverage did not show City Staff’s presentation about non-compliance of the project with City guidelines and plans.

They did not include local business owner Cynthia Currin’s remarks about the significant negative impacts of the proposed bridge over the Beltline into the Barrett Drive area development and nearby neighborhoods.

They did not show area homeowner Gray Pendleton’s detailed presentation about the negative impacts on surrounding single family neighborhoods.

They did not show Lubin Prevatt’s summary of the public meeting Midtown CAC held the previous night. Midtown residents listened to a presentation by City Staff regarding the negative features and non-compliance of the proposed rezoning. The proposal doesn’t adhere to City Policy on building heights and setbacks, doesn’t provide adequate bike-ways along Lassiter Mill Road, doesn’t provide for an on-site public Transit station, doesn’t provide sufficient space for the expansion of Fire Station # 9 at North Hills at the corner of Six Forks Road and Rowan Street to meet safety standards to service high-rise buildings, doesn’t provide any on-site affordable housing, and is not in conformance with the recent publicly approved Midtown-St. Albans Area Plan, or the Resolution from the Midtown CAC requesting that the Rezoning not proceed until the applicant changes the proposal to be in conformance with existing City polices.

WRAL also did not acknowledge all of the questions and concerns from members of the Planning Commission about the negative impacts of the proposal.

And they did not report that in the end, the Planning Commission declined to advance the project or take a vote until the developer addresses these many concerns and non-compliance issues.