Respect is at the Core of Democracy 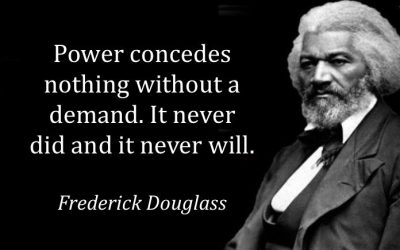 On September 20th Livable Raleigh hosted a virtual meeting to discuss the state of democracy in Raleigh.

One of the featured speakers was Bob Hall, who for more than 50 years has been NC’s foremost advocate for the idea that government should be for the people.

Bob has won numerous awards for his work, including a MacArthur Fellow’s Genius Award.

Recently Bob was involved with other nonprofits watching what was going to happen with regards to scheduled 2021 elections due to the 2020 census delays. On September 20th, Bob shared his perspective about how Raleigh’s City Council handled the census delay and it’s a must read. His comments* are below:

“Under a City Manager form of government, a primary role of the City Council is to bring forward the opinions of the people into the policy debate. The City Council – they’re the Board of Directors. They’re making the policies. They need to be listening to the stakeholders. That’s the citizens. They need to be actively out there with an outreach campaign. Always. And the CACs were a prime example of how that could be done, was being done. And to get rid of it was just an atrocity. A terrible, terrible regression.

A number of cities held meetings. They listened to the citizens about what they should do. They passed resolutions asking their delegation in the General Assembly to delay the elections till the Spring, to provide some other mechanism of postponement. To provide a better framework for them. To give them a new pathway for what to do.

But Raleigh didn’t do any of that out in the open. And that’s what’s so galling. And really just terrible, terrible practice. That they would wait and do, in a secret meeting, in a secret process and use the delay of the census as an excuse.

Charlotte, they’re not delaying their election. They’re having a March election. Greensboro. And these are big cities. So it’s just a copout, an excuse that they have come up with. And even then, when they were making this decision in a work group of some kind, they should have come back and had a public hearing, had a public meeting. Let the public talk about, give feedback on their recommendation, whatever their recommendation is going to be.

And find out whether people wanted to maintain the runoff, whether they wanted to go to even year elections. There’s pros and cons to that. Whether they wanted to postpone from March or go on. The Charlotte election does have the provision that they have a primary in March and a runoff. And Raleigh could have done the same thing. They could have had the general election in March and had a runoff later in the Spring, when the congressional runoffs would be held.

So there are better systems out there. It was just a con job to say that they had to postpone the election in the manner that they did.

Respect is at the core of democracy. To not respect your citizens and to not bring them in and ask them, and talk to them about such a major, major policy decision is deplorable.”

*Video from the September 20 event will be posted soon.