Tim Niles, a resident of Raleigh, delivered the following comments to the City Council on Tuesday, October 20, 2020.

One of the first actions taken by this council was to abolish recognition for CACs and their formal role in city government.

You took this action claiming CAC participants were not representative of the demographics of Raleigh.  They were, you said, mostly older, white homeowners, ignoring the fact that eight of the eighteen were in majority Black neighborhoods.

You said you wanted to “right-size” the voices being heard by the city.  To that end, you also said you would be intentionally appointing persons to boards, commissions and task forces with diversity as a goal.

You clearly took this approach with both the Human Relations Commission and the Police Advisory Board.  In these cases you held open the application processes until you received the diverse group of applicants you wanted.  You went so far as to plead in public for the African American community to submit their names for the Police Advisory Board.  You specified seats on these boards to be allocated by race, sexual orientation and the like.

But, when it comes to the new Council Study Group, you have made no effort for diversity.  You set no standards for the seats on this group.  When few applications came in, you made no public plea to the community.  You went with what you received.

How many members of the applicant pool are African American, Latino, Asian, Indigenous?  How many are renters versus homeowners? 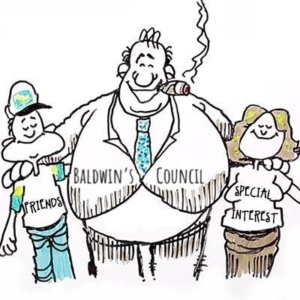 You have selected seven people from this pool to be members of the study group.

Is this what you consider to be a right-sizing of voices to participate in Raleigh government.

Even more shocking, two of your seven selections for this group contributed large dollar donations to your campaign coffers.  One gave over $25,000 while the other gave $5,000.

If the goal of your citizen engagement improvement process is to widen the circle of those engaged, why have you selected an applicant who already serves on the Raleigh Housing Authority and who you have recommended for the DIX Park Study and who gave you $25,000 and who is an older, white homeowner?

The average Jane or Joe can’t even get an email delivered to members of City Council without it getting trapped by a spam filter and sent to quarantine.  But, big dollar campaign donors, CEOs, lawyers and members of the development community go to the front of the line to help decide if the city should raise your salaries and extend the length of your terms in office. 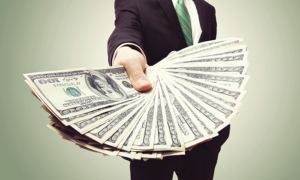 This makes a total mockery of your claims of wanting to expand citizen engagement.  This is nothing more than pay to play and political cronyism.