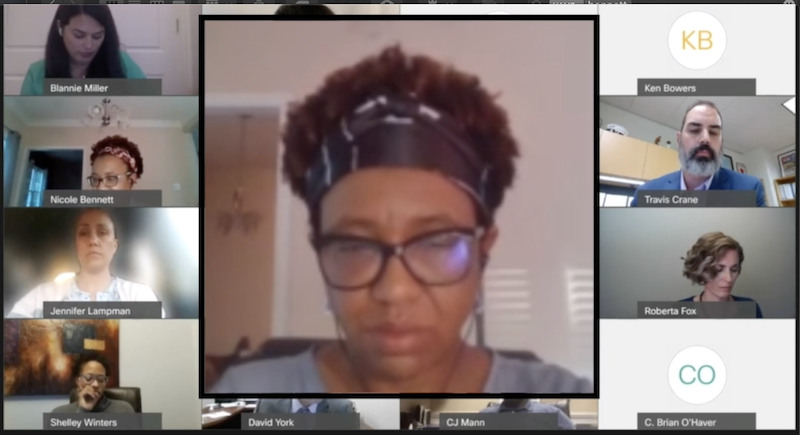 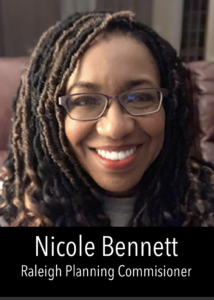 In just under 7 minutes, Nicole Bennett, a member of Raleigh’s Planning Commission, lays out why Kane Realty’s application for the mega-upzoning called “Downtown South” is fatally flawed.

Bennett spoke up at the PC’s October 23 meeting. Click here to watch the video.

City officials are supposed to evaluate such applications using the themes and policies contained in the Raleigh Comprehensive Plan as a guide. The ultimate judgment is whether the application “is reasonable and in the public interest.”

The public interest, Bennett says, cannot be assessed without taking into account the people and the communities that will feel the impact of what is built.

Biltmore Hills? Rochester Heights? Caraleigh? These are historic neighborhoods. Will they see any benefits from the development? Or only its negative impacts?

Kane’s application, and the written analysis by city staff, both read like these neighborhoods that border the site, and the people who live there, don’t even exist. 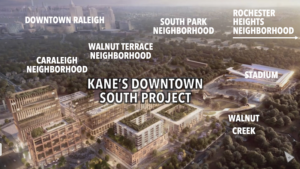 The 150-acre Downtown South development could certainly become a great addition to Raleigh, Bennett adds. But it can also go seriously wrong.

Before she could vote in favor, she says, “I need to be comfortable that the people living there now are not going to bear all the impacts and the negative consequences, while all the benefits are borne by people who don’t even go there now. It needs to be an equitable distribution of impacts and benefits.”