Plan the work; work the plan 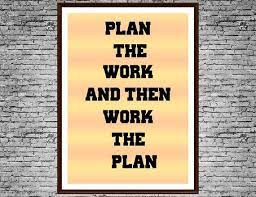 Kim McKenzie and her husband are both North Carolina natives and purchased their home in North Hills in 2013. She has been active in all the neighborhood meetings regarding the Z-67-21 rezoning application in an effort to advocate for conscientious development in accordance with the Walkable Midtown plan.

I’ve been a resident of North Hills since 2013 and I am here on behalf of approximately 42 residents of Lassiter Mill, Rockingham, Pamlico, Ramblewood, Lassiter Summit and Cardigan Place. I have a letter with the requisite signatures that I will leave for the Commission. We take issue with the Applicant’s portrayal that neighbors were spoken to and were supportive of the Rezoning Application at the prior meeting on April 26th. To be clear, we support development, but we do not support the scale of development that would result from this Rezoning Application.

At both of the neighborhood “meetings” held by Parker Poe on behalf of the Applicant, there was a consensus among residents that the Rezoning Application was simply too much. These comments have not been provided to the Commission in any materials I reviewed. However, the public comments included in the Staff packet echo many of these comments and concerns. In addition, I am a proponent of the idea that you “Plan the Work and Work the Plan.” In this instance – that “Plan” is the Walkable Midtown plan.

As members of the Commission may very well know, the City utilizes its capital reserves for high priority capital projects and one-time needs. In FY 2018, the City budgeted a quarter million dollars of its capital reserves to develop the Plan. For additional context, the investment was more than the budget for new police vehicles or Fire Department driver training that same year.

The City then spent the next two years developing the Plan with:

1. More than 600 participants at in-person meetings;

The Applicant has stated previously that it may not commence construction on the project for up to 10 years. As the Applicant is here today, planning for so many years out. . .I cannot imagine that between 2018 – 2020, and with this substantial level of community engagement, at significant City expense, that members of the Applicant’s team did not actively participate or advocate for the role of its collective property holdings in the Plan.

Now that the City has robustly “Planned the Work”. . .it should “Work the Plan.”

When the City budgeted a quarter million dollars of its capital reserves to develop the Plan it was making a statement. This statement was, in the City’s own words, that the City prioritized “investing significant funds to create guidance for this dynamic commercial and residential district for the next decade.”

The Plan was unanimously adopted by the Planning Commission and the City Council in December 2020. . .a mere 17 months prior to where we stand today. Notably, 6 of those original 10 planning commission members and all 8 of those original 8 city council members remain in service today.

Today, the Applicant requests 30- and 40-story towers which exceed guidance in Table LU-2 & Walkable Midtown guidance; both suggest maximum of 20 stories. The Plan was developed for just this type of overreaching application. The City and community members spent a significant amount of resources to develop the Midtown Plan. While staff noted some mitigation efforts offered by Applicant in terms of step backs, the impact of Applicant’s requested rezoning would be detrimental to the fabric of our single-family neighborhood. We ask that you simply enforce the standards established through more than 2 years of the City’s planning efforts and at great taxpayer expense.

In addition, if approved, what is to stop each and every other commercial developer in the district from applying for the very same variance? How could the Commission and City Council deny future applications without a display of favoritism? Compounding the potential future results of multiple such rezoning approvals…at the end of the day, what is the Plan “worth” to our community if the only property owners held accountable are small commercial and residential owners?

Lastly, Applicant has requested a substantial increase to density. This approximately 200% increase is being forced on the North Hills neighborhood without sufficient infrastructure improvements beyond a bike lane from the 440 overpass to Six Forks Road. And kudos to anyone who can ride a bike up Lassiter Mill in order to connect to the bike lane lasting two blocks. Other infrastructure and services concerns include the following:

As noted in the Staff’s Evaluation, the proposed building density would pose substantial access and egress challenges for fire service vehicles, causing potential delays and longer emergency response times. In addition, given the height of the Eastern, there is a clear and present serious public safety concern regarding service capacity to adequately protect highrise development in the district.

How will pedestrian safety be secured? The crosswalks at Lassiter Mill (both near Quail Ridge and at Currituck) are already dangerous and with increased traffic will only become more so.

Traffic across the Triangle may be reduced, but traffic in the North Hills district will significantly increase. How will streets such as Ramblewood, Lassiter Mill, Rowan, Currituck or Pamlico be expected to handle heightened use without improvement?

What open space planning and green street planning has Applicant offered in proportion to new residents, office workers and visitors?

In summary, we ask that you please deny the Rezoning Application as it is inconsistent with the Plan developed for these exact types of applications. Applicant’s rezoning request has not been sufficiently developed, does not provide a significant public interest and fails to account for the infrastructure improvements needed to support this supersized increase. These are costs and expenses that the taxpayers will be liable for. . .not the Applicant