Neighborhoods are not buying what she’s selling! 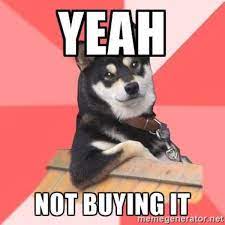 Mary-Ann Baldwin’s response to not being endorsed by the Wake County Democratic Party was to let us all know she has half-a-million ($500,000!) to buy herself a re-election, courtesy of a few well-off local developers. But many Raleigh residents and neighborhoods are no longer buying the version of municipal government she is selling!

More and more neighborhoods are feeling the impacts of bad development decisions made by the current Mayor and City Council. Ask the neighbors near the now-environmental disaster of Azalea Falls or the residents who were forced to move out of their affordable homes to accommodate a “luxury” multi-use building project approved by Mayor Baldwin and her minions. They and many others can tell you how they were impacted by the bad choices of  this Mayor and City Council.

Now the damaging impact of the poorly conceived and executed “Missing Middle” policy is beginning to be felt in neighborhoods across the city. There is nothing fundamentally wrong with increased housing density if it is done well.  But like many decisions made by this City Council, it was enacted without a thoughtful, inclusive process that involved the folks who would be most impacted.

Let’s face it, Raleigh residents are paying the price for the lack of interest this Council has in using good processes to make decisions.  Mayor Baldwin in particular has shown a lack of support for good community engagement. Raleigh City Council is setting us all up for decades of bad results because they don’t seem to care about the impacts of their bad decisions. For them, the ends (more campaign money and power) justifies the means (decisions in secret).

Good, thoughtful, inclusive processes result in good decisions. It takes a diversity of perspectives to avoid the most damaging, unintended consequences. Mary-Ann Baldwin is selling the lie that growth and development at any cost is good for the people who live, work and visit Raleigh.  Please don’t buy her $500,000 plus lie. Another term for Mary-Ann Baldwin will cost neighborhood residents way more than they can afford to pay.