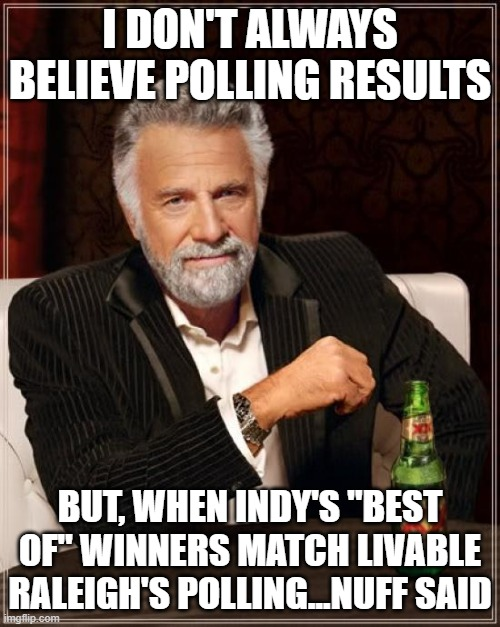 INDY Week’s “Best of” winners were announced June 15, 2022 and the results show INDY Readers have the same concerns about Raleigh as the voters who told Public Policy Polling they want change.

Livable Raleigh commissioned a poll of Likely Voters and found four of the biggest responses align with the winning selections of the readers of INDY Week.

You can see those responses below. 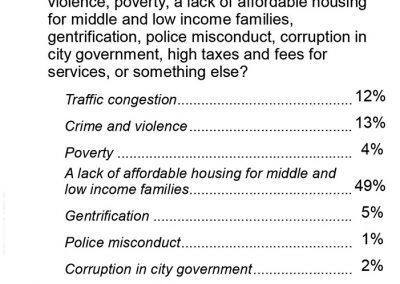 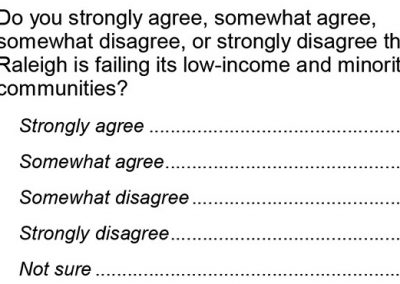 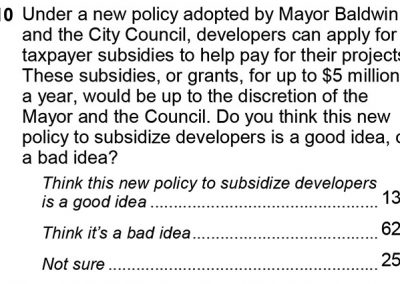 Here you can see the winning responses to the INDY Week “Best of” categories that correlate to the polling results. 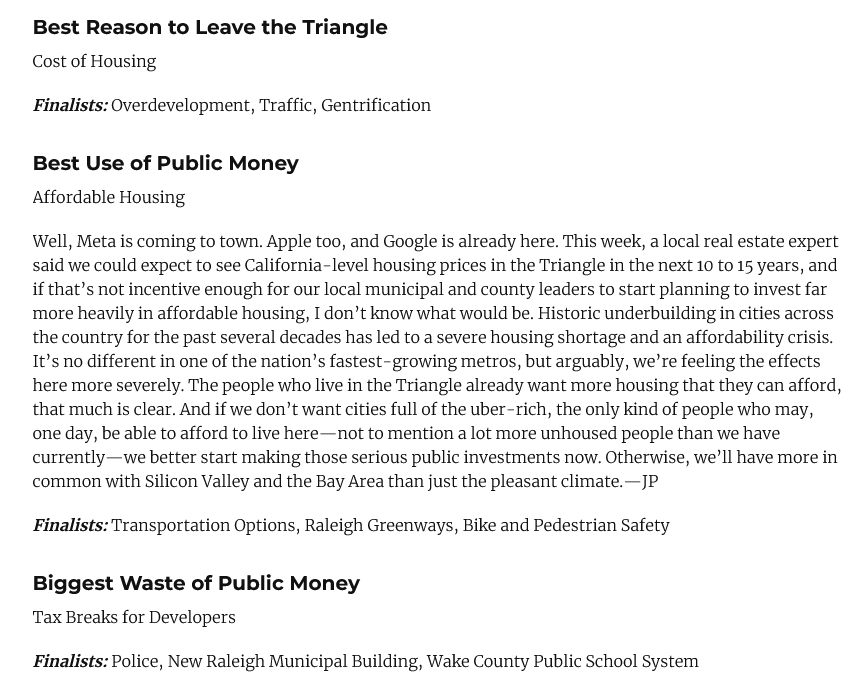 You can read and download the full Polling Report here

There are many more interesting results to review 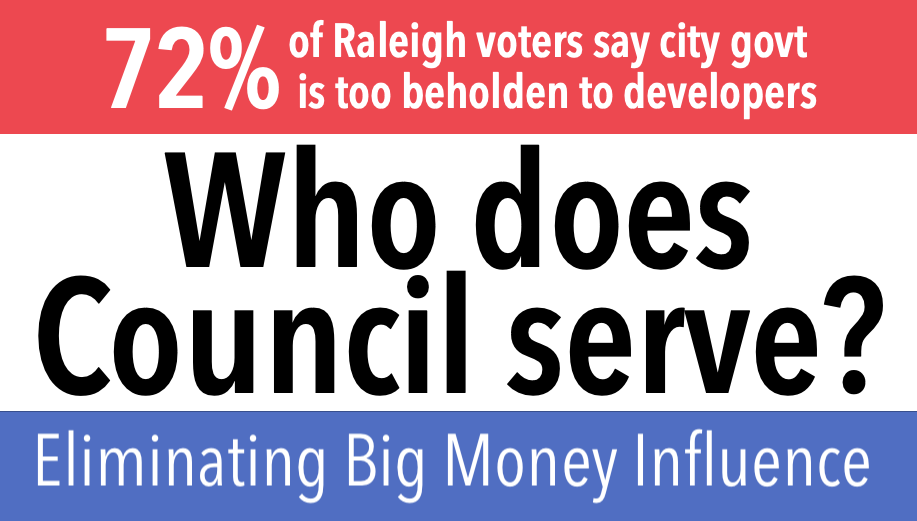 You can see the full INDY Week “Best of” results here: 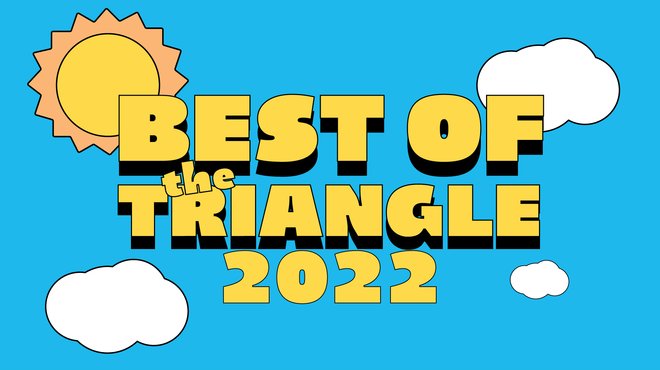