Courtney Napier Weighs In on Forte Appointment and Gentrification 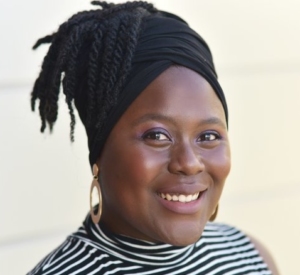 Why did Raleigh City Council give Carmen Cauthen unanimous support, then turn around and vote six-to-one for Stormie Forte to take the District D seat vacated by Saige Martin?

Cauthen comes from a long line of civil servants and has spent the majority of her life in service to government and community, most recently with the Southeast Raleigh Community Engagement Strategy Sessions and the Wake County Housing Justice Coalition.  Read more about Cauthen here.

Forte is a lawyer and real estate agent who is a part of the Raleigh-Wake Citizens Association (RWCA) and its affiliate, the Wake County Voter Education Coalition, both of which work to nurture Black political leaders and support voter turnout

Both women were excellent candidates, yet the city council needed someone to fit certain criteria: a candidate who would communicate their support of Raleigh’s Black community while also letting them gentrify their neighborhoods with little pushback.

A couple of days after the council chose Forte, Cauthen demonstrated why she didn’t make the cut. During a “Downtown South” community engagement meeting hosted by consulting firm APCO and Kane Realty, Cauthen asked probing questions regarding Kane’s commitment to creating a community benefits agreement.

It is common knowledge in the Raleigh activist community how Mayor Baldwin and the council truly feel about the issues most impacting its Black and Brown residents. In a forum before the 2019 election, Nicole Stewart said she did not support a police accountability board with subpoena power because “the only people who want it are from District C.” Jonathon Melton said that while City Manager Ruffin Hall and Police Chief Cassandra Deck-Brown have made decisions that have negatively impacted the Black and Brown community “that he doesn’t agree with,” he does not believe they should be fired.  Listen to Nicole Stewart on Police Accountability.

Forte is a part of an organization that represents Raleigh’s Black political establishment. Several Black politicians on the city, county, and state level value RWCA and the WCVEC as a source of support. But when one looks at the platforms and voting records of those politicians, one questions their effectiveness in advocating for working-class and working poor Black people.

With their eyes on the 2021 election—and on the developers that have exchanged financial contributions for support of ambitious building projects—Baldwin and her allies needed a candidate who was impervious to media scrutiny but wouldn’t hinder their controversial, injurious gentrifying developments. It remains to be seen if Forte will fulfill this role, but it was clear that “bystander” was not a position Cauthen was willing to take.  Stormie Forte gets District D seat (no surprise); what will she do about John Kane’s massive upzoning bid?