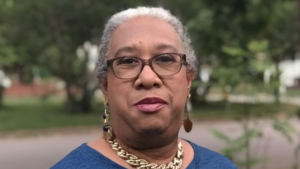 City Council will choose a new member tomorrow to represent District D . It’s an historic opportunity to appoint the first African-American woman ever to serve on the Council. We believe that Carmen Wimberley Cauthen is fully worthy of that honor, and we recommend her without hesitation.

We thank everyone who supported our efforts on behalf of former District D member Kay Crowder. But the current Council wanted someone new, and they rejected the idea that Kay’s experience would be helpful to them. So Kay will not be appointed.

Instead, the Council will choose from among their 5 selected finalists.

In our view, Carmen Cauthen stands out in that group as a lifelong activist for racial justice and a servant-leader in the African-American community in Raleigh.

Carmen Cauthen’s roots in the community go deep and wide.

Her work with children and parents, always as a volunteer, spans her entire adult life.

She’s been a missionary—a quiet, determined force—in a multitude of faith-based, school and community projects to advance racial equality.

She was the founder of the NAACP chapter at N.C. State University. 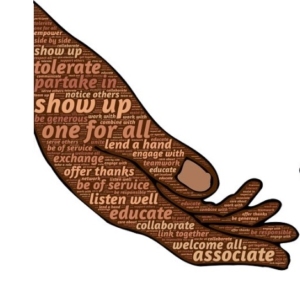 Carmen Cauthen: A Life of Service to Raleigh

As co-founder of the Wake Housing Justice Coalition, she’s helped change the conversation about affordable housing in Raleigh to focus it on helping those in the greatest need.

By accident of birth, Carmen comes from a Raleigh family legendary for their work on civil rights. Her lived experience, as a daughter, mother, wife and community leader, follows in their footsteps. If appointed to City Council, she would be more than equal to the moment when our city, and our country, are finally able to say that Black Lives Matter.

We especially want to recognize Carmen Cauthen’s commitment to community engagement as a vital element in creating change. “Growing up during other periods of civil unrest,” she told Council in her application, “I know that change is difficult.

“But with openness, transparency and civic engagement, change and growth are possible. I am eager to help facilitate those changes here.”

Again, thank you to the more than 1,300 people who signed the petition asking Council to return Kay Crowder to her District D seat for the remainder of this 2019-2021 term only. Kay made it clear she would fill the unexpired term and then step down in 2021 to allow the voters of District D to choose their own new representative.

We appreciate Kay’s willingness to pitch in on a temporary basis to help the city and the residents of District D, and we know that Kay appreciates everyone who got behind her.

Nonetheless, the reality is that District D’s new representative will be chosen by the Council. They can do themselves proud by appointing our first-ever African-American woman, Carmen Wimberley Cauthen.