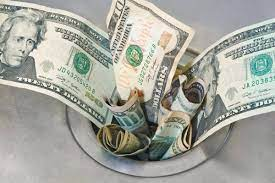 It’s budget season for Raleigh City Council and one line item has us scratching our heads: $190K for two new Community Engagement positions. Are we expecting two paid bureaucrats to do the work that dozens/hundreds of citizen volunteers used to do for free through their Citizen Advisory Councils (CACs)? Let’s face it- THEY CAN’T. Because effective community engagement depends on citizens being actively engaged, as they were with the CACs.

When council abruptly abolished CACs in February of 2020, with no public notice and no prior notice to council member David Cox, they were asked why the need to do this. Mayor pro-tem Stewart cited “lack of resources” as the main reason. When pressed to provide a number- a dollar amount of how much it was costing the city, Stewart remained silent and provided no such evidence.

Livable Raleigh can provide the answer: CACs were allotted $18K, or $1K annually to each of the 18 CACs that existed prior to Feb 2020. In addition, $15K was allotted to staff for working with CACs. That’s a total of $33K. It defies all logic to claim $33K was too big a hit to the city’s budget and now suggest $190K is the amount the city should spend on community engagement.

It’s a real head scratcher when you add that $190K to the $72K already wasted on a contract to consultant Mickey Fearn, tasked with coming up with a better, improved program for community engagement. That $72K was a complete waste of taxpayer money because NOTHING has been offered as an alternative to CACs. Fearn’s final report offered no alternative and no plan.

In fact, what Fearn did say in his final report was that council needs to come to some conclusion about what Community Engagement is. So, over a year and $72K spent and council still can’t even define the objective.

All this leaves Raleigh taxpayers expected to ignore $72K down the drain, trusting this council with $190K for two new “community engagement” staff positions, buying into Stewart’s claim that $33K was too much of an investment AND handing over millions of tax dollars to private developers in the form of a TIG. Raleigh taxpayers can do basic math and see clearly none of this makes any sense.

Join us in objecting to this by speaking at the public hearing on the budget on Tuesday, June 1st during the City Council Evening Session which begins at 7PM. Sign up to speak here: Public hearings for City Council.

If you’re unable to speak, please email council and let us hear from you too! We’d love to hear your thoughts on this wasteful spending. You can reach us at: Contact Livable Raleigh