City Attorney clarifies that developers may meet with CACs 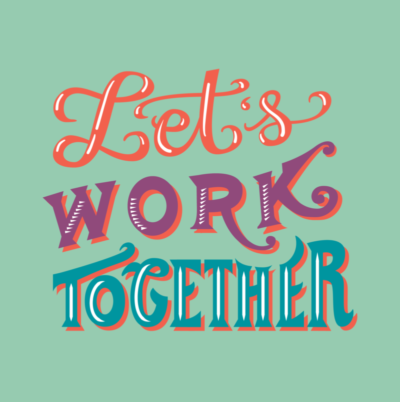 On February 4th, the City Council majority abruptly terminated City support for the CACs (Citizen Advisory Councils) in a surprise attack with no public engagement and no notice.

Since that time, some individuals have taken the City’s action to mean that Raleigh residents continuing to meet as CACs are violating the law.

Furthermore some developers were citing the language from that Council motion to excuse themselves from interacting with CACs because they didn’t want to violate the law.

As a result of a public outcry at the August 18 City Council meeting, the City Attorney has clarified (see letter below) that

“whether the current CACs meet with rezoning applicants is totally the choice of the group and the applicant.  It was not forbidden by the Council’s February motion or any other subsequent City Council action.”

Before the stealth process of severing Raleigh’s citizen input to City Council through the CACs, there was a long established process to ensure citizens were informed of rezoning & text changes that would impact their community. NOW there is NOT such a process.

However, it seems to Livable Raleigh that responsible, civic-minded developers would want to engage with the public to garner support for their plans and collaborate to ensure a win-win for both the developer and the community. 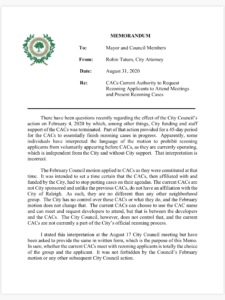 Click on this Image to read the official letter