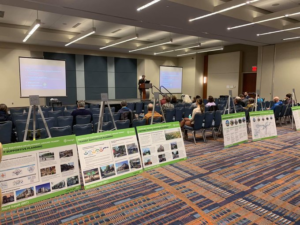 We are all likely aware now that Raleigh’s City Council disbanded the near 50 year old citizen engagement process of the Citizen Advisory Councils or CACs.  And the reasons given by council for this surprise move was that CACs didn’t get high enough attendance and those who did attend were not a representative, diverse demographic sample of Raleigh’s population.
So, let’s examine what the city is doing in other areas to see how it measures up.
Councilor Nicole Stewart, one of the most supportive of eliminating the CACs, deployed her own survey to gather input on the preferences citizens have for engaging with the city.  But, there was a problem with her survey.  It didn’t collect any demographic data.  So, she has no way of knowing whether or not those who responded are a diverse, representative sample of Raleigh’s population.  The very complaint she voiced about CACs was not addressed in her own survey.  Additionally, you could take her survey as many times as you wanted to and effectively stuff the “ballot box” with your opinions.
GoRaleigh recently deployed a survey to gather opinions on bus shelters comparing standard bus shelters to custom designed shelters.  And, again, there was no demographic data collected to verify if the respondents were a representative, diverse sample of Raleigh’s population.  This survey also could be submitted multiple times allowing once again for stuffing the ballot box.  And, while the survey asked people to compare the two bus shelter options, the cost difference between the two options was not disclosed.
Raleigh’s Parks and Greenways department is gathering data about the upcoming Parks Bond.  Once again. this survey collects no demographic data.  All it asks is what area of the city you live in.  So, same problem as the others.  And, as with the others this one can be submitted multiple times
Raleigh is currently running a City Budget Survey. There is some good news in this survey.  It allows the option of taking the survey in either English or Spanish.  And, you can only take the survey once.  But, as with all the other surveys no demographic data is collected.  So, once again there is no way of knowing if the survey results are a representative sample of the population of Raleigh.
Now that we have examined these four recent citizen engagement surveys from the city, you should be asking yourself, if gathering data from a diverse, representative sample of Raleigh’s populace is so important as to require the elimination of the CACs for a failure to do so, why are NONE OF THESE surveys gathering demographic data to prove they are doing any better?

This should call the council’s sincerity into question.