A taxpayer giveaway for a stadium right now is indefensible 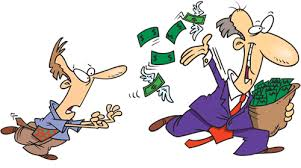 Stef Mendell is a retired international communications executive and a long-time Raleigh resident. She represented District E on the Raleigh City Council from 2017-2019. Mendell made the following remarks during the public comments section of the February 16 City Council meeting:

Everyone, including former Mayor Charles Meeker, agrees that offering a massive $450 million taxpayer subsidy to build a new and unneeded stadium is a huge mistake … that is, unless you’re John Kane, who stands to make a bundle on the deal, or MaryAnn Baldwin, whose real boss, Barnhill Contracting, will also make a bundle and will surely reward Baldwin handsomely, or the City Councilors who’ll surely line up for more of Kane’s re-election payola.

Even The Triangle Business Journal has come out against this stadium boondoggle, calling Council’s diversion from our critical needs “bad judgement.” Here’s what they said: “In the past couple of weeks, talks about whether Raleigh and Wake County should support building a new stadium downtown have once again surfaced.

But this is not the time to talk about new stadiums and arenas.

Collectively in the metro Raleigh-Durham area, we have lost about 44,000 jobs as of January just in the past year.

People in all parts of our metro region are fearing evictions and unable to pay their monthly rents or mortgages.

The Census Bureau reports that roughly 7% of the people in the state have indicated their household did not have enough to eat.

The same Census document concluded about 351,000 children in our state weren’t eating enough because they couldn’t afford enough.

A Federal Reserve survey released just a few days ago showed 8 in 10 minority businesses are in deep financial trouble, even after many of them took the forgivable PPP loan from the federal government.

Collectively, our nation, state, and local leaders should focus on two things and two things only right now: getting people vaccinated; and working with local businesses to keep them afloat and keep the employees on the payroll.

Because if you don’t fix those two things, nothing changes.

Spending even one minute right now talking about whether to spruce up PNC Arena or build a new arena downtown is bad judgment.

We have more pressing things – such as livelihood and existence – on our minds right now.”

Even before the pandemic slammed our community, we’d been falling behind in providing the basics: like better roads, better parks, better trash and yard waste pickup, better stormwater controls and the list goes on and on.

Our needs are greater than ever, while revenues are already down due to the pandemic. So it makes NO sense for Council to be flirting with a massive tax break for one developer while our neighborhood services and our quality of life are suffering, AND while so many local jobs and businesses are on the brink.

Remember the TBJ’s closing advice about the stadium: “We have more pressing things – such as livelihood and existence – on our minds right now.”

To learn more about the big tax break Council is planning for Kane, please join Livable Raleigh this Saturday, February 20th, at 10am for a virtual community conversation with a panel of experts on taxation, budgeting and critical community needs.

For more information and to register for this free event, go online to www.LivableRaleigh.com