What really happened at the July 6 Council Meeting – don’t be fooled by the clickbait! 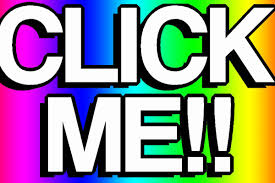 If you were to consult local media, you would think the most important things that happened at the July 6 City Council meeting involved hairstyle discrimination and exotic snakes. Or you might mistakenly think that Council took action to address affordable housing when actually the most important outcome of Council’s 6-1 vote last night in favor of TC-5-20 will result in less affordable housing and more gentrification.

Several experts, including Councilor David Cox have weighed in on how TC-5-20 will remove naturally occurring affordable housing and lead to more gentrification. It will also lead to traffic congestion, increased storm water runoff, and loss of tree canopy. The Homebuilders Association and their faux-liberal allies continue to insist that eliminating single family zoning and increasing density throughout the City will bring huge benefits, when the actual beneficiaries will be developers whose profits will increase substantially.

Also of note at the July 6 evening Council meeting was the Mayor’s continuing disregard for and outright hostility to the public. Public comments were cut back from three minutes per speaker to two minutes, ostensibly because 20 people had signed up to speak. This despite the fact that there was one duplicate entry and that another individual had called to cancel his request.

Then the Mayor, who gavels down most speakers the moment their time is up, gave extra time to a speaker from Chapel Hill – he was allowed to speak and then subsequently show a two-minute video, which put him way over the time limit.

The Mayor was perfectly happy for attendees to applaud speakers and agenda items that she supported. But when members of the public began applauding some of the public comment speakers who were critical of Council actions, she became increasingly irate and threatened people with removal from Council chambers. She went so far as to request that a police officer come down to the front of the chamber in an effort to further intimidate her constituents.

So what else happened during the meeting? A number of speakers criticized the council majority’s actions on engagement, the election delay, discrimination, and affordable housing. Three street closures were approved. Two rezonings (Z-10-21 and Z-15-21) were rescheduled until September 7 due to lack of appropriate notice. Two rezonings (Z-3-21 and Z-14-21) were approved. One rezoning (Z-16-21) involving a business requesting to be rezoned in order to legalize their illegal operations near a low-wealth community was held until August 17th. And TC-5-20 (Missing Middle Housing) was approved despite serious concerns from the public.

This Council majority continues to sideline and silence the voices of the people while serving up our city to their developer benefactors.