Neighbors ‘shocked’ as Nicole Stewart justifies legalizing noxious industrial use next to their homes. 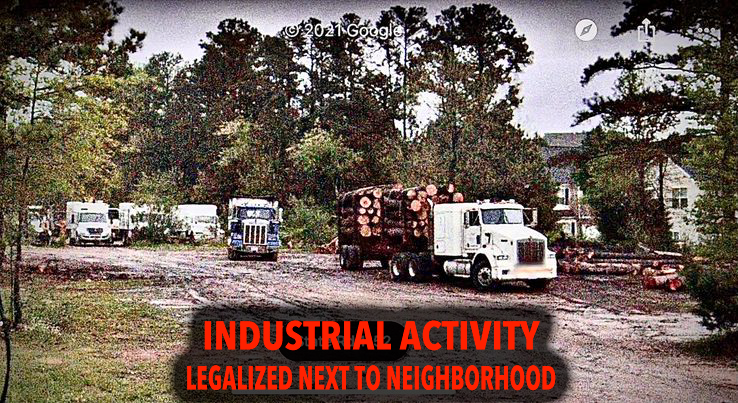 I watched this afternoon‘s presentation on the zoning case Z-49-20 and must admit my shock when I heard you speak in favor of the rezoning. I am beside myself that preference to a business that operated illegally to the detriment of human lives is the choice five out of eight council members supported. I would have appreciated you reaching back out to me to share your position had changed after we spoke on this matter, and you appeared to give community support.

The daily use of the fleet of industrial trucks will dump toxic fumes into our communities and create noise and light pollution that the site proposal buffer will not mitigate. This property has been left contaminated for nearly 20 years. Despite this, the greater public interest remains the residents living in our urban communities will be affected by the business’s daily operations of the fleet of industrial trucks.

I was transparent about this when we spoke, and I shared how the fumes affected my health and the health of neighboring residents. I spent my first year living here undergoing care with my ENT and was referred to a Pulmonary doctor to get my asthma under control after being exposed daily to the toxic fumes from the fleet of trucks. I shared with you that I experienced asthma attacks when I walked into my backyard from the carbon emissions that filled my backyard from the industrial trucks that entered and exited the vacant property.

How can you defend this harmful toxic emission as just any other commercial business? It’s a FLEET, not one truck.

How can you place the land clean-up left unattended by city officials for nearly 20 years over the immediate safety of human beings living in proximity and exposure to toxic conditions deemed harmful to humans by the CDC and EPA research?

CDC and EPA report’s that we shared on the air, noise, and light pollution are evidence-based. How can you support this business operation over human safety and welfare?

On behalf of my community, I will continue to oppose and even appeal this decision based on the blatant disregard to comply with the city’s comprehensive plan to the detriment of public health.

Inconsistent with the 2030 Comprehensive Plan

You are tasked with one fundamental obligation as an elected official and that is to protect and serve the interest of the public.  This decision demonstrates a lack of human care by Council Members and disregard to uphold city policies.  I ask that you reconsider your decision and uphold the city’s comprehensive plan that is designed to serve and protect the greater public interest. Specifically, the diverse urban communities affected by this rezoning.

Mayor and City of Raleigh Council

Livable Raleigh initially reported on this rezoning case in early May.

Any of the supporters could have recommended a non-industrial rezoning, or a financially viable and non-disruptive use like the self-storage use on the other side of the dump site from the neighborhood.