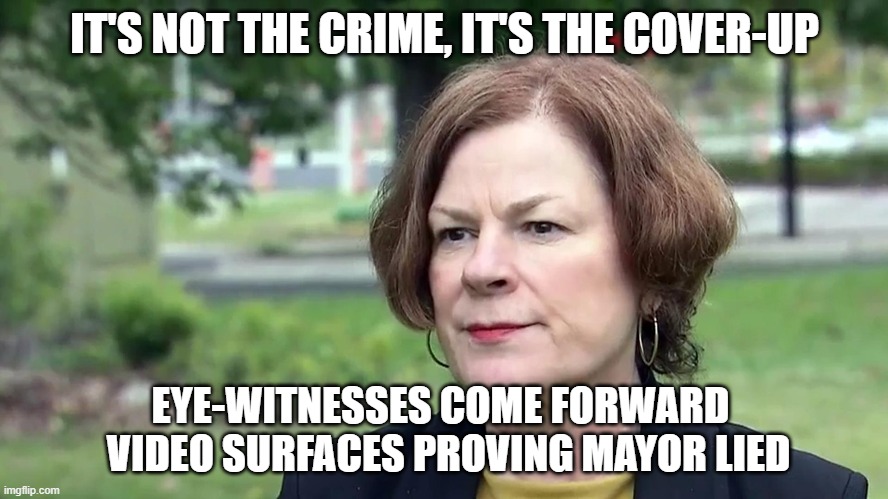 In first media interview, Mayor Mary-Ann Baldwin claims she was the victim and was so traumatized she left the hockey game before it ended. Proof has emerged showing this to be a LIE.

In a follow-up to our initial report, Mayor Baldwin bullies little girl to tears, more data has emerged which corroborates the story of the New York Rangers fan who took to social media and accused Mayor Baldwin of berating his 10-year-old daughter. 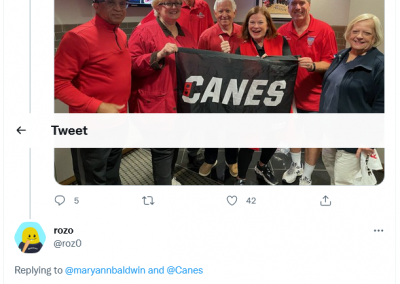 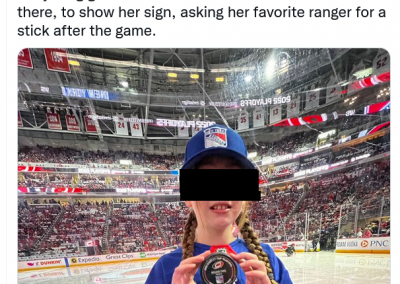 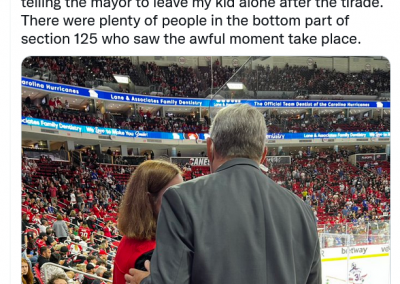 Defenders of the Mayor were quick to cry foul claiming the only corroborators coming forward were anonymous social media accounts. But, this is not true. The first eye-witness account was reported by WRAL and we believe they followed journalistic standards in vetting their source as having been at the event before publishing her account.

The WRAL report was published on the evening of June 1st. Raleigh Mayor accused of making young Rangers fan cry at Canes game. In that interview Mayor Baldwin says the following:

“The mayor said the whole experience was traumatizing, and that she and her husband left the game early because of the situation.“

This same report included an eye-witness account from a Canes fan identified as Mary:

A Canes fan named Mary told us how fans witnessed the interaction.

“[Baldwin] was yelling at the little girl with her finger in her face and the dad and everyone said ‘Hey, they gave these seats to them and it’s all good, we’re good,'” the witness said. “Then security … brought her back to her seat.”

Since the initial reporting more eye-witnesses have come forward to confirm the father’s version of events and one of these provided his name. 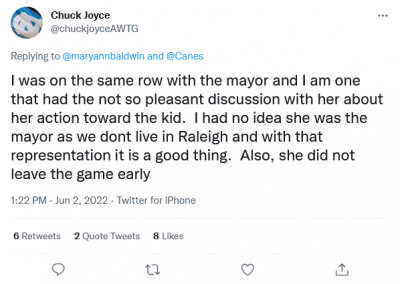 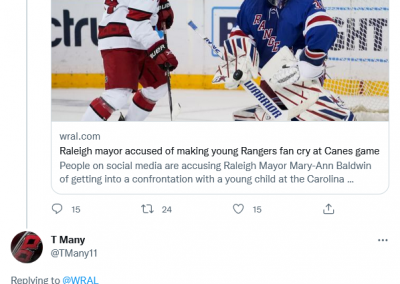 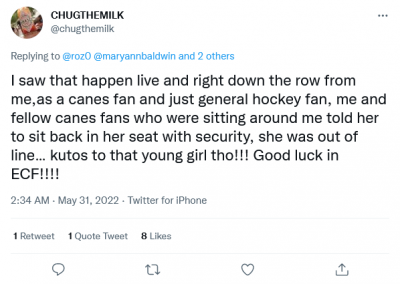 Next up on the evening of June 2nd, the father posted a video and stills proving that despite claiming she left the game early, the Mayor was actually there after the game ended. You know what they say in politics, it’s not the crime, it’s the cover-up. Ask yourself, what does this father from New Jersey have to gain from going public with this story? Nothing. But, now we have proof that Mayor Baldwin lied to the media about her actions.

In the first pictures you can see only the top of the Mayor’s head. But, her distinctive hairstyle and part are quite apparent as is the long black sleeve of the shirt she is wearing. The last picture shows Mayor Baldwin in full and proves that she actually does wear her wedding band on her right hand. 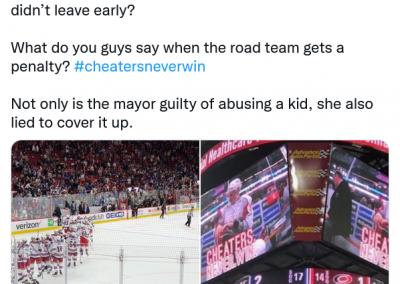 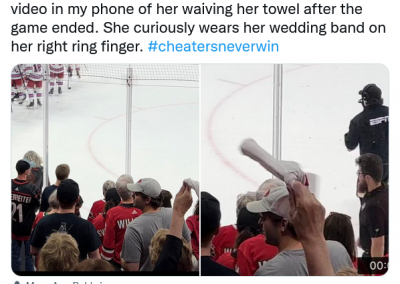 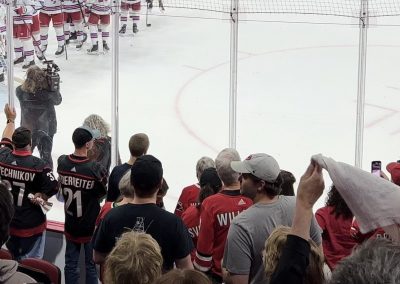 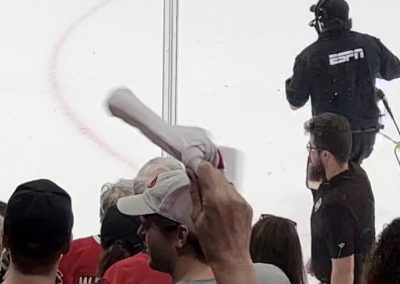 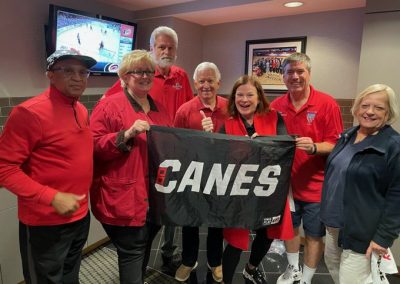 Finally, on June 3rd, a report was published in the N&O. This report identified the father and his daughter by name. No more anonymity from the Ranger’s fan. It also included one more fully identified eye-witness to validate the father’s version of events. The N&O report is here: Did Raleigh Mayor make little Rangers fan cry.

In the story you will read:

Jordan Rozany traveled from New Jersey with his 10-year-old daughter and his father to root for the Rangers.

Since the Rangers were up in the last period, they left their seats and moved to sit by where the players would leave the rink.

“This lady turns around and started screaming, ‘Get out of here. Go back to where you came from. I’m going to call the police,’ and I just ignored her because, you know, you’re on the road and hockey fans can be aggressive,” Rozany said. They tried to ignore it, he said, but the woman got out of her seat and walked toward them and begin yelling at them.

“She seemed to be addressing my daughter, not even me,” Rozany said. “And I mean she’s just very demonstrative. She’s waving her hands, pointing her finger.” He said he and other fans started telling her to stop.. At that point, his daughter started to cry, he said. Some Canes fans offered their seats to them, Rozany said. “Next thing I know there’s security next to us” telling the woman they could stay in those seats, he said.

Then we get the corroborating account from the named eye-witness:

Matthew Johnson sat in the same row as Baldwin.

When Canes fans started to leave in the third period, he said Baldwin and others started shouting for the fans to stay and support the team. Johnson said he saw Rozany and his daughter try to sit in the section when a man yelled at them. “And that’s when the mayor and a few of the other people around there started yelling at them to go back,” Johnson said.

Finally, we get an interesting tidbit from the story that might help explain why there have not been more witnesses going on the record. According to the author:

The News & Observer reached out to over a dozen people who claimed to have seen what happened, but many didn’t respond or declined to speak if their name were published.

We are guessing they are fully aware of Mayor Baldwin’s reputation as being vindictive and were hesitant to put themselves at odds with her story. But, that should not have stopped witnesses who could have corroborated Baldwin’s version of events from stepping up to the plate.