Will Patrick Buffkin be able to get off the Merry-Go-Round he stepped onto with his “Role Model” comments? 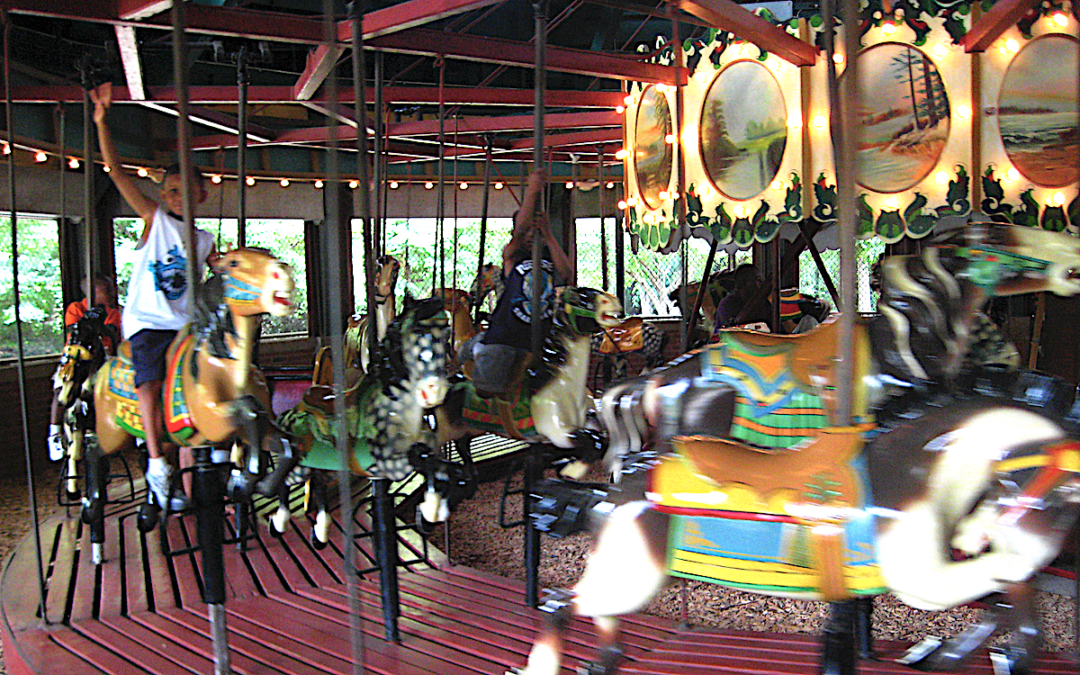 So today was about the dedication of the new John Chavis Park. What many of you may not know is that this park, built by funds from the WPA in 1938 was a segregated park. Blacks could go to Pullen Park but couldn’t participate in use of the facilities. Chavis Park was built so that Black people would have a place to go and facilities to use. It was the model park and people came from up and down the eastern seaboard to use the park and its facilities. It was a safe space for those families who lived in Chavis Heights for their children to play.

It was a place where role models sent their children and role models watched and taught the children who came.

Role models. People who had character and value and acknowledged that there was worth in those around them regardless of whether they had money or not. The definition of role model is “a person looked to by others as an example to be imitated.”

I was fortunate to not be poor financially growing up and I know that. I was fortunate to have a lot of role models growing up and that had nothing to do with the money or lack thereof in their life. The people who were my role models were people looked to by others as examples to be imitated. That included parents, grandparents, aunts and uncles, “play aunts and uncles,” the housekeeper, the babysitter, teachers at Washington School and others in the Black community (because we were still segregated), pastors, Sunday school teachers, people who worked with or for my Daddy, men and women in the community who had any number of jobs and were worth my respect just because they were human.

I am taking this time today to refute the words of Councilor Patrick Buffkin (District A) in his comments during the City Council session this past Tuesday. He intimated that Mayor Steve Schewel said “don’t build projects that only house poor people.” He went further to say that “these are places that are devoid of hope. There’s very few role models for the children that live there. A much better way is to have this mix of income, people from different backgrounds, people of different means, helping each other learn how to live together.”

As I sat there, December 17, 2019, and listened to the comments that Mayor Schewel made, I didn’t hear those words, and rest assured that I listened intently to what he had to say. But, just to be sure I had heard both speeches correctly, I went back and re-listened to them again this week. I wanted to be sure of what was said before I made any further comment.

You don’t really get to know people until you have spent time with them. I don’t mean time like saying hello and goodbye, answering questions when someone comes in your office. I mean sitting with them, having conversations and probing the issues of life – knowing what they are grappling with and talking about the real things that matter.

I have known Patrick Buffkin for probably 20 years. I met him when I worked at the General Assembly. I assumed, based on the short conversations that we had, that he was a thinking young man. However, we never had any of those deep conversations. So I have learned that when people say “you know me,” if we haven’t spent serious conversation time together, I really can’t assume that I do know them.

And I say today, that I don’t really know Patrick Buffkin. I would not have expected the person that I thought I knew to make such foolish comments. The value of a person is not ever in the money that they have or the place that they live, it is in their character. And the statements that came from Patrick’s mouth belie his character. They said to me that he hasn’t gotten to know people who don’t have funds, he is not an ally to me or anybody else. He has work to do.

As I sat today and listened to the speakers and dedicated community activists from Chavis Heights, South Park and Black Raleigh in general, and watched Patrick Buffkin sit amongst the elected officials, I wondered how he could sit there amongst Black people, many of whom were raised in Chavis Heights (what we used to call ‘the projects’) and think that the words that he spoke on Tuesday were true. Sometimes young folks need to do as my parents used to tell me, and what the elders at the General Assembly used to tell the 1st termers – sit down and learn something before you speak.

This is why many white people who consider themselves allies are not. They don’t take the time to learn from the people that they want to be allies for. They don’t know the history (although I hope that they learned some today). They assume that because they show up one time or for the political and seen things, that they know all there is to know. The truth is, that often “allies” need to just sit down and learn something before they speak. This was one of those cases.

And I want to say, in response to Patrick’s response to IndyWeek, “My colleagues on Council and my constituents in District A know my heart and they know that I am not racist and, in fact, I am an anti-racist. This is ‘gotchya politics,’ and it saddens me that instead of focusing on the work of building a stronger community for everyone in Raleigh some have chosen to distort my comments in an attempt to score political points.”, that I am not saying this because of “gotchya politics.” I say all of this because it is true. Patrick needs to spend some time with people who are or may be poor, whether inside or outside of District A, so that he can make true statements from now on. There are rich and poor, Black, white and otherwise, who are not good role models. It has nothing to do with where one lives, and all to do with the character that they have.

Otherwise, I enjoyed my day at Chavis Park.

Carmen Cauthen is a lifelong activist for racial justice and a servant-leader in the African-American community in Raleigh. Her roots in the community go deep and wide. Her work with children and parents, always as a volunteer, spans her entire adult life. She’s been a missionary—a quiet, determined force—in a multitude of faith-based, school and community projects to advance racial equality. She was the founder of the NAACP chapter at N.C. State University. As co-founder of the Wake Housing Justice Coalition, she’s helped change the conversation about affordable housing in Raleigh to focus it on helping those in the greatest need. 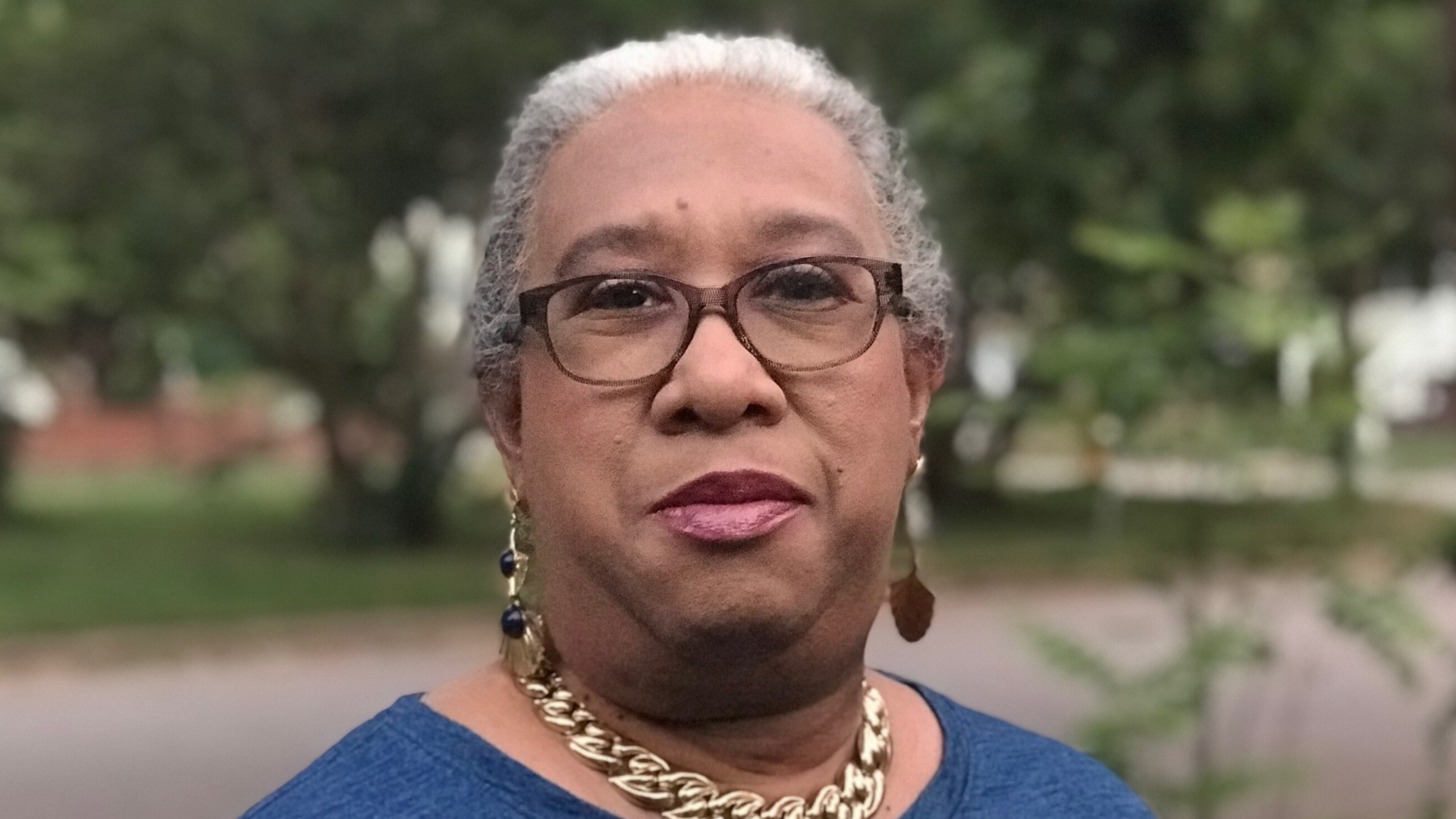