Why does the city ask for our input if the process is not transparent? 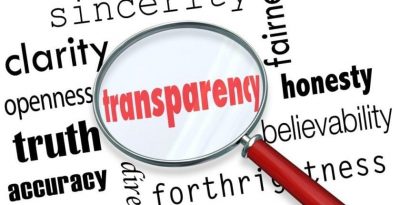 Haley Kinsler is a local to Raleigh that is passionate about activism and the environment. She enjoys volunteering and in her free time, she works on her nature photography, and can frequently be seen taking photos at local parks, arboretums, and gardens in the Raleigh area. She made the following remarks to City Council on January 4, 2022:

In regards to the current public engagement period to gather information about changes to the city council terms, compensation, and redistricting, I want to first point out that I have been underwhelmed by the City’s attempts to gather public input.

Having attended several of the public listening sessions and the study group’s last meeting, I noticed a consistent lack of accountability on the part of the study group to the comments of those who attended these meetings. When the community engagement coordinator was asked what would happen with our comments and the results of the survey, we were told that this would be presented to the study group and they would work from there. During the last study group meeting, however, it was stated by the chair, that, and I quote: “The compensation, that stuff’s done, that’s for the city council to consider at this point.”

I ask then, why does the city ask for our input if the process for community engagement is not transparent? Given that the Council met in secret and delayed our election while simultaneously moving to a plurality election, it is clear that there is a lack of trust between the residents of Raleigh and the City Council.

Now, we are undergoing a process to change the structure of our elections yet again, and these meetings seem to me a failure to simulate community outreach more than anything. How do we know that you will be accountable to community needs when to this point, the City Council has made it clear that they do not hold themselves to public input and pressure?

Furthermore, if City Council is to ignore these comments, we could end up with another at-large seat, which would prove a barrier to low-income people that wish to run for office. A move to four-year and staggered terms should not be considered until public input is gathered regarding the undemocratic move to a plurality election without public input.

Knowing this, why has the council tasked the study group with furthering the redistricting process, knowing that based on public input, the people of Raleigh want another District seat added? That survey question alone received 1,017 responses. The City Council has the opportunity to listen to those 1,017 people and hold the study group accountable to these responses and the way that they impact the redistricting process. Instead you rely on putting the community engagement coordinator as a barrier between you and the public so as to not face direct criticism yourselves.

I want to end with this note: you will be held accountable. Despite any changes that may be made to the city council terms in 2022, the people of Raleigh will vote according to our needs. No amount of developer money and posturing will cover the need for affordable housing, sustainability, environmental preservation, accountability, and equity in this city.