Trickled on by the Missing Middle 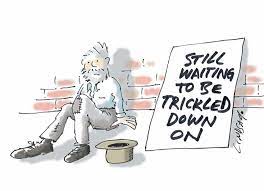 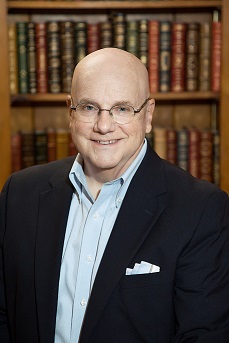 Terry A. Henderson is a native of the Hickory area and long-time resident of the Hayes Barton neighborhood in the Five Points area. He is a UNC-Chapel Hill graduate with a BA in English and Political Science and  a Masters in Public Administration. His early career was devoted to non-profits for improving the quality of local government in North Carolina. After 9/11, he worked for Fortune 500 companies in defense and  national security, including as business development director for the Lockheed Martin Corporation. He is the author of “Hayes Barton @100-Stories of the People, Places and Events that Shaped Raleigh’s Premier Neighborhood.”
Terry delivered the following comments to City Council on January 3, 2023:

Please don’t stop me if I’ve said this before. A friend says if it was worth saying the first time, it’s worth repeating.

There are specific examples of tear-downs already in Raleigh that demonstrate that good middle-income housing has been sacrificed in the name of expensive replacements with no regard for neighborhood conformity. That is a shameful outcome for affordable housing. The Missing Middle is making that record –a net housing loss of 3,500 units–even worse by using affordable housing as an excuse to tear down any one structure for the sake of building more structures in the same place, no matter the cost, location, or type of replacements.

I strongly support capitalism and the free market, and I am generally pro-growth, but history shows that when bad actors stack the deck, their abuses skew the system toward Darwin’s survival of the fittest. With the current zoning, Raleigh has embarked on a development policy that promotes the market to work without sufficient regulation and lets the development community have free rein to build virtually anything anywhere. I am concerned
that this will destabilize every neighborhood in this city.

The idea is ludicrous that approving more luxury apartment and townhouse projects will somehow free up units all down the line benefitting lower-income people by the mysterious magic of “filtration.” This approach was formerly known as the trickle-down theory, or as Archie Bunker called it the “tinkle down” theory. Guess who gets tinkled on in this scenario? Those who can least afford it.

I urge you to repeal the Missing Middle zoning changes now unless and until there is a more thorough review of its desired and probable effect on Raleigh’s growth. Let’s start over and do it the right way with council, not staff, deciding how to accommodate any virtues and value the Missing Middle may have. More importantly, outright repeal will be an opportunity to do what hasn’t been done: look at the unintended consequences and the experience of other cities with Missing Middle instead of adopting yet another urban planning fad. What Raleigh needs is more important than copying Portland, or Minneapolis. Unless and until you repeal the Missing Middle, every single-family homeowner should be suspicious and anxious about a “For Sale” sign that goes up in their neighborhood because of the unintended consequences of Raleigh’s ill-conceived “text” change.

I urge you to repeal the Missing Middle.