The Question of Equity. Or, Why “Downtown South” is, so far, Right for Kane, Wrong for South Raleigh 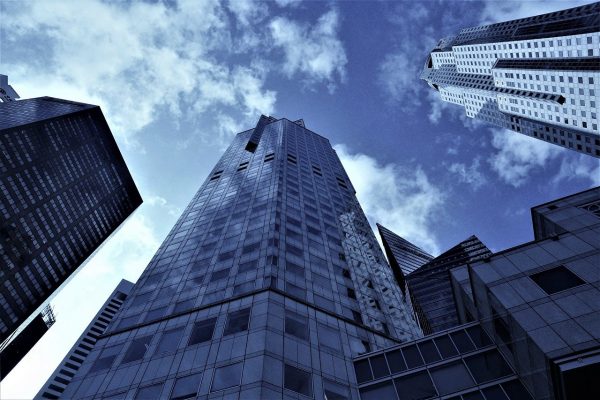 Imagine that you have a chance to buy 146 acres of land in South Raleigh. Land that borders Walnut Creek, a flood zone. I-40 sits below Walnut Creek to the south. You’re about 1.5 miles from Downtown Raleigh.

Downtown Raleigh is a place of affluence, where low-income people work in the kitchens and the clean-up crews, but cannot afford to live there. South Raleigh, by contrast, is relatively poor.

So now, you’re the developer. What’s your vision?

Your choice, in other words, is to make a place that is IN-clusive, or one that is EX-clusive.

It’s the EX-clusivity of Kane Realty’s vision that makes the “Downtown South” project, as it is proposed, so utterly wrong for South Raleigh. Kane’s rezoning application is remarkably sparse where details ought to be, but the marketing team has been candid, and the images they present are of a glittering, expensive, exclusive place of high-rise buildings with no room at the inn for anyone who isn’t well-off.

Then, in the same breath, Kane spokesman Bonner Gaylord will concede that there is no market in South Raleigh for what they want to develop. Therefore, a “draw” must be added. The “draw” they have in mind is some sort of stadium. Or arena. Or amphitheater. Or something that will bring crowds to South Raleigh for soccer, for shows, for … well, the latest pitch is that Shaw University’s football team can play there. Really? On a soccer pitch? But Gaylord has belatedly realized that the Kane plan has nothing in it for the black and brown residents of South Raleigh.

Kane is not proposing to build this sports/entertainment venue, however. They want Raleigh taxpayers to foot the bill at a cost of $200 million or more, probably a good deal more by the time it’s done. If it’s done.

“No stadium, no project,” Gaylord says.

“No stadium, no high-rise glittering project for which there is no market, because there is no need,” is what Gaylord should’ve said.

When the Raleigh Planning Commission studied Kane’s application to have the property in South Raleigh up-zoned, what they saw was a proposal that served Kane’s profit motive but did not serve the neighboring communities well at all. Instead, it would hasten their displacement via gentrification.

Kane wants to be allowed to put up 40-story buildings and 20-story buildings on nearly all of the 146 acres. Buildings that tall are very expensive to build, but the great views up high command very high rents, which is what the developer is after. People of lesser means, whether they’re looking for office space or housing, are forced to go elsewhere.

Moreover, Kane’s proposal was for as many tall buildings as it can cram on the site. The upshot, therefore, would be a second Downtown bigger than the real Downtown, with more than 20 million square feet of building space and upwards of 10,000 residential units. Such a massive development, if allowed, would create four huge problems:

The Planning Commission wrestled with Bonner Gaylord and Kane Realty for more than 20 hours, and Kane did change their proposal slightly, dialing back the number of 40-story buildings a bit (but now they’d be 20 stories), committing to making the flooding problem no worse (there’s still debate about whether what they’ve committed to is enough to achieve even that modest goal), and making an offer of affordable housing that is, in reality, equivalent to a bagel.

At the end, the Planning Commission voted 8-0 to recommend that the Kane proposal be rejected. The PC further recommended that City Council ask Kane to re-submit the project as a “Planned Development” — a. category of zoning for which a master plan is required — so that its impacts can be judged.

Members of the Planning Commission also made a larger point. City policies call for development in Raleigh to be equitable. That means it should serve the needs of low-income residents and those of moderate means, not just the rich.

Actually, equitable development should put our low-income minority populations first, because historically we have discriminated against them and now must start the hard work of making up for it.

Kane’s proposal puts his profits first, with no regard for the low-income residents of South Raleigh. As far as Kane is concerned, they should get out of his way. On the equity scale, then, his project is a failure. And that’s what the Planning Commissioners said.