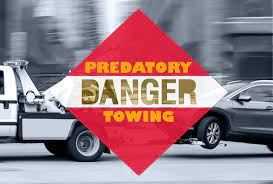 Imagine waking up in bed one morning, walking outside to your car to start your day, only to find that your car is gone, vanished; it’s not in front of your home where you parked it last evening. This may sound like an unlikely scenario to many Raleigh residents, but for some unfortunate Raleigh folks it is an everyday Houdini act.

At a recent Raleigh city council meeting, a group of Raleigh residents spoke before the city council to share their ongoing trials with predatory towing in their neighborhoods, and to ask the city council to intervene on their behalf. José Ramírez, a resident of Stony Brook North, described an occasion when he discovered that one of his tires had blown out upon arriving home from work on a Friday evening. He decided to wait until the next day to have the tire repaired. Yet, when he woke up the next morning, his car was not there; it had been towed by Lizard Lick Towing, the company Stony Brook North contracts with to enforce its parking policies. Stony Brook North is a mobile home community.

Mr. Ramírez explained to the city council that his registration and insurance were up-to-date, and he was parked in his assigned parking space. When he called Lizard Lick Towing to ask why his car had been towed, the company told him they were under orders to tow cars that appeared inoperable. He ended up having to pay $600 to Lizard Lick to get them to return his car to him.

Hilaria Vázquez and Lilian de Armas described similar experiences to city council. Ms. Vázquez, also a resident of Stony Brook North, shared that Lizard Lick Towing towed a trailer she had only just purchased because it did not yet have a license plate. She was forced to pay $500 to get it back. Ms. de Armas, a resident of Fox Hall Village, stated that a rental car she was driving was towed because it had an out-of-state license plate. Ms. Vázquez and Ms. de Armas are both part of a group of 128 residents who signed and presented a letter to the owner of their properties, Yes! Communities, requesting it terminate its contract with Lizard Lick Towing. They have not heard back from Yes! Communities about their request.

The Raleigh City Council did not offer any solution, let alone assistance, to the residents who spoke before them at the meeting. Mayor Baldwin asked the City Attorney, Robin Tatum Currin, “Is this type of predatory towing allowed? Is it legal in Raleigh?”

Ms. Tatum Currin responded stating that the best thing to do was to have the situation investigated by the Raleigh Police Department (RPD). The City Manager, Marchell Adams-David, stated she will follow up with RPD.  In the meantime, Mr. Ramírez, Ms. Vázquez, Ms. de Armas, and their neighbors are left to fend for themselves to try to keep their vehicles from Lizard Lick.

Livable Raleigh recognizes that the problem of predatory towing is not unique to the residents who spoke before council. In the coming weeks and months, we look forward to hearing from the communities most affected by it and helping lift their voices in their quest for a solution.

Click to hear more about the letter written to Yes! Communities.