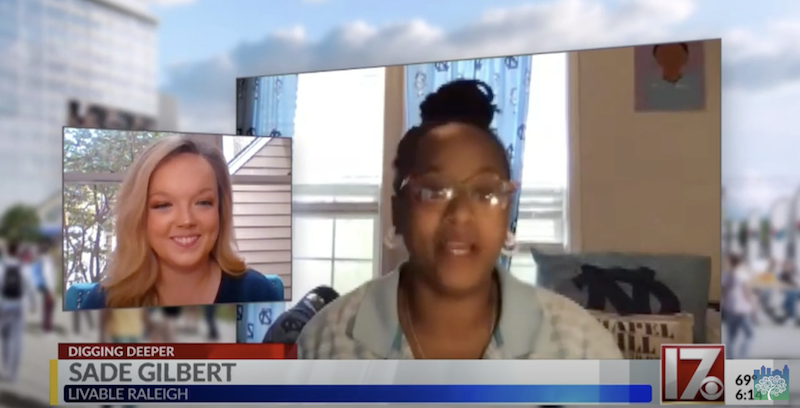 Livable Raleigh’s Sade Gilbert was interviewed by CBS 17 for a report on the effects the proposed Downtown South project would have on the local neighborhoods and the environment.

RALEIGH, N.C. (WNCN) – Plans for a stadium and entertainment district in southeast Raleigh could take a step forward this week.

Thursday, Raleigh’s Planning Commission will examine rezoning parcels for mixed use as part of the “Downtown South” district.

However, two groups are raising concerns about the plan’s potential impact on the surrounding neighborhood.

Sade Gilbert lives in southeast Raleigh and is a member of Livable Raleigh, a community organizing and advocacy group.

Gilbert said she was initially excited about the proposal to build a soccer stadium with retail, restaurants and housing south of the city.

“Raleigh is growing. You have people moving here every day.  That’s an exciting place to be in Raleigh as is. You add a stadium, even more excitement,” Gilbert said.

Specifically, Gilbert is concerned about access to affordable housing.

Gilbert said she does support the plan, so long as it’s done responsibly and with equitable access to the district.

“We just want a plan that shows you’ve taken into consideration the people who live there and you actually have a plan for how they are going to live while the stadium is being built and after. So, they can indulge and have fun,” she said. 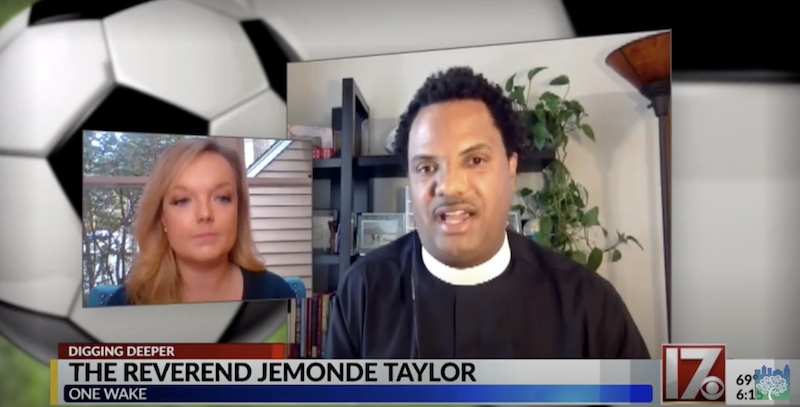 Another group, ONE Wake, also has concerns about Downtown South’s impact on the environment and the surrounding communities.

“Black and brown people have been displaced and not reaped the benefits of the geography they once occupied. We don’t want that history to repeat itself,” said Rev. Jemonde Taylor of St. Ambrose Episcopal Church.

Taylor said his church, and the historic Rochester Heights district, are prone to flooding. An issue he fears will worsen if steps aren’t taken.