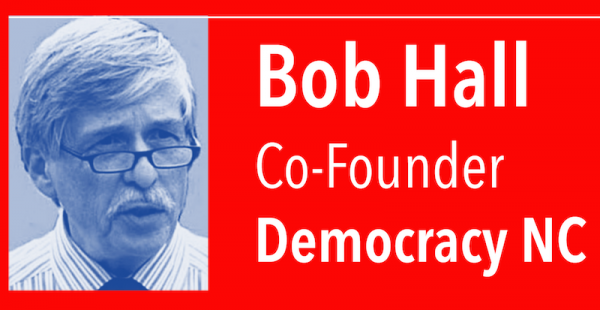 For more than 50 years, Bob Hall has been North Carolina’s foremost advocate for the idea that government should be for the people, ALL the people and not for the corporations and the wealthy.

Below are excerpts of what Bob had to say when he spoke at Livable Raleigh’s recent Community Conversation, What’s Next for Democracy in Raleigh.

The primary role of the City Council is to bring forward the opinions of the people into the policy debate.

They need to be listening to the stakeholders, that’s the citizens. They need to be actively out there with an outreach campaign. And, the CACs were a prime example of how that could be done and was being done. And, to get rid of it is an atrocity. Terrible regression.

Other cities, when faced with what to do with the census delay, they held public meetings. They listened to the citizens about what they should do.

Raleigh didn’t do any of that out in the open and that’s what’s so galling and really just terrible practice. That they would wait and do it in a secret meeting and use the delay as an excuse.

Charlotte isn’t delaying their election. They’re having a March election. Greensboro too.

It was just a con job to say that they had to postpone the election in the manner they did.

Respect is at the core of democracy. To not respect your citizens enough to bring them in and ask them and talk to them about such a major policy decision is deplorable.

You can watch Bob Hall’s full statement here. It’s worth a look.