So you want to be appointed to Raleigh City Council? 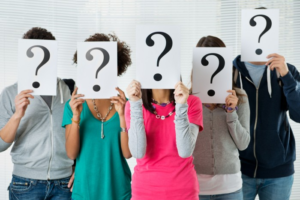 During a routine election for Raleigh City Council, a handful of candidates step forward every two years to run for each of the eight seats. However it’s apparently a much more attractive proposition when you don’t have to run or campaign, but merely raise your hand to be appointed to fill a vacancy. That’s the situation now that Saige Martin has resigned in disgrace as the District D representative. More than thirty candidates have expressed interest to date.

It’s critical to understand what’s involved in serving on Council. To get an idea of some of the issues the successful applicant will face, District B Council member David Cox has posed a set of questions to prospective candidates.

The breadth of issues and the depth of understanding required leads Livable Raleigh to advocate for former District D representative Kay Crowder to be appointed. Ms. Crowder has already agreed that, if appointed, she would not run for the seat in 2021, meaning she will be able to devote her energies to serving rather than running for re-election. Ms. Crowder’s previous experience on Council means she can step in on day one to serve the constituents of District D. Those constituents have elected her twice before to the seat, and she came in a close second in the last election.

If you agree that Kay should be appointed to the District D vacancy, please sign the petition at https://www.change.org/p/raleigh-city-council-kay-crowder-for-district-d

The following are David Cox’s questions for all who have applied for consideration to fill the vacancy on Raleigh City Council in District D.