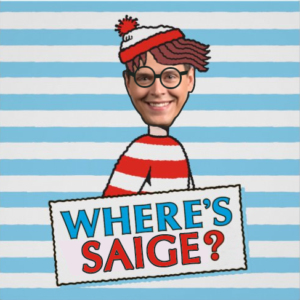 Have His Promises been Trumped by Pro-Development Forces?

Why focus on Saige Martin when he’s just one of 7 Raleigh Council members* who’ve managed to dodge the RDU quarry issue since being elected last October?

The reason we single out Saige, the District D Councilor, is that he made BOLD campaign promises to environmentalists and others, pledging to work against the quarry. Saige stressed his MORAL opposition to the quarry. The issue was so important that Saige promised “DEEP ORGANIZING” to stop the quarry. SO far – He has done nothing.

During the campaign, the Indy published a Q&A with Martin, including this:

Q.  Four council members have called for the city to join a lawsuit over the RDU Airport Authority’s quarry lease with Wake Stone. Do you support RDU’s quarry lease? Do you believe this case is something the city should involve itself in? Why or why not?

A.  The proposed lease (or sale) of the quarry by the RDUAA is detrimental to our community and our environment. If the City Attorney does believe that there is legal standing to challenge the lease then I will work to build relationships amongst the other three municipalities who also have a stake in the lease and the land. Any litigation would be far more compelling with all interested parties participating.

I am committed to doing the deep organizing to ensure that your advocacy on the front lines is as effective as possible when it comes to your proposed outcomes. I’m interested in ensuring that we use all of our available channels to be successful.

Since his election, has Councilor Martin done anything on this issue?

He promised “deep organizing” to bring the 4 property owners of the RDU Airport land together in opposition to the quarry. (Raleigh, Durham, Wake County and Durham County own the Airport, which is managed by the RDU Airport Authority.)

We see no organizing, deep or otherwise.

With the upcoming June 23 Mining Permit Public Hearing, Saige Martin now has one more opportunity to take action as he promised during his campaign. Will he now begin his DEEP ORGANIZING to build a majority on Raleigh’s City Council and build a consensus among the other landowners to finally take a public position opposing the RDU Quarry?

After 7 months of sitting by idly, Martin’s time is running short.

* Councilor Cox has been alone in working to stop the quarry, putting him at a 7-1 disadvantage.