Finally, you get to tell City Council what YOU THINK! 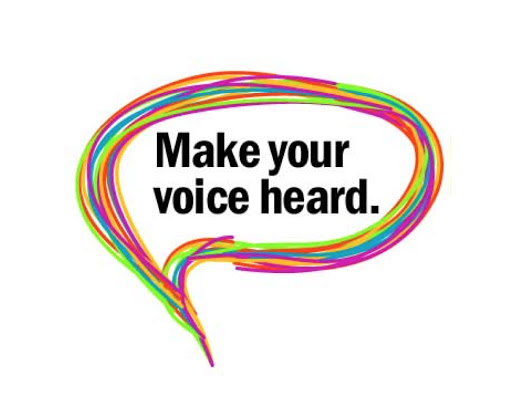 Recently the Study Group appointed by City Council to review the makeup of the Council, its term lengths and its compensation presented their recommendations. The Study Group did NOT ask for public input during their discussions. Now the council is allowing you to weigh in with your thoughts on this important issue. The city has scheduled three in-person meetings, one virtual meeting and has published a survey that can be completed without having to attend a meeting at all. The meetings and a link to the survey are listed at the bottom of this post.

You may recall this Mayor and Council already made significant changes on their own, in secret, without public notice, without public comment and without a public vote. In July, the council unilaterally and permanently moved council elections to November of even years. At the same time they changed the form of council elections by eliminating the possibility of run-offs and not requiring a majority of votes to win an election.

They justified this secret action by falsely claiming they could not redraw the city’s districts, required by the new census data, in time to hold the next council election in March 2022, even though every other city in NC affected by the same census changes has done so and will hold elections in March. They also said moving the election to November of even years would increase the turnout for the election which was one of the goals of the Study Group. While this is true, moving the election to March when NC holds primaries would also have increased turnout for the election and NOT eliminated the possibility of run-offs if no candidate got over 50% of the vote.

The Study Group made several more recommendations and we will list them here along with the pros & cons of each one so that you can confidently provide your opinions to City Council.

City Council should transition from two-year to four-year terms

Con – We find it difficult to believe the complexities of governing Raleigh are more daunting than those of the US Congress and NC Legislature both of whom function on two-year terms. Remember also that the Mayor and Council are similar to a Board of Directors and set the direction for the city. It is the City Manager and City Staff that are responsible for the work of implementing that direction. The manager and staff are not constrained by term lengths in dealing with Raleigh’s complexities.

What longer terms will do is allow councilors to escape accountability from the voters for unpopular decisions and to count on voters having short memories about those unpopular decisions when they have to wait an extra two years to have their voices heard. We believe the citizens of Raleigh are better served by politicians who are mindful of who they are supposed to be representing and that those citizens should not be stuck for four years with a councilor or mayor they do not believe is representing their interests.

Pro – Eliminates the possibility of an entire City Council being defeated in a single election.

Establishes political stability that is more conducive to policy development and effective implementation.

But, if four-year terms are implemented, we believe the At-Large seats should be separated into different cycles to put an end to the anomaly of voting for multiple candidates for the At-Large seats and having the top two finishers win.

Increase total compensation for the Mayor and City Council

Con – This council’s move of the elections to November in even years will make campaigns so much more expensive to run that it will likely eliminate more candidates than higher compensation would encourage.

Pro – holding the election in even years will increase turnout over current levels which run under 20%.

Con – As noted above, City Council has already implemented this change. But, this should not stop you from expressing your opinion about it. There are two major cons with the action Council has taken.

1st, as previously discussed, moving the election to November eliminates the possibility of any run-off. Moving it to March would have also increased turnout and kept the requirement to earn a majority of the vote to win. Elections without the possibility of run-offs are widely considered to favor incumbents.

2nd, another of council’s goals was to make running for council easier for candidates. This move will make it more difficult for candidates to run for council by exponentially increasing the cost of a campaign where they will be forced to compete for media attention against BOTH national and statewide elections. Of course, this favors the incumbents.

Con – Again, the move of elections to November of even years adds so much cost to the campaign just to be heard among all the state and federal candidates that it eliminates any cost advantage.

The city survey added a question that was NOT recommended by the Study Group. They asked if an At-Large seat should be added. We oppose adding any At-Large seats. We suggest eliminating the At-Large seats that exist now and creating a council made up of a mayor and ten districts. More and smaller districts allow councilors to interact more easily with their constituents and keeps them more accountable to their constituents. More districts also meets the goal of increasing the diversity of the council, including geographic diversity. Currently, 50% of the council, four members, reside in District C. This is not a system that encourages the diversity the Study Group is looking for.

The survey the city has provided does NOT ask your opinion about how any of these changes should be approved / implemented and we believe it should have. Any of these changes can be made in one of two ways. The City Council can implement them on their own or they can place the recommendations on the ballot in November for the voters to decide. We believe any changes the council wants to make should be placed on the ballot for the voters to decide. You can’t express your opinion on this in the online survey. But, you can express your opinion to the Study Group by email (see below) or by attending any of the in-person or virtual listening sessions.

Read a previous piece with an opinion from Councilor David Cox: Give Raleigh Back to the Voters

EMAIL YOUR THOUGHTS TO THE STUDY GROUP