Everything You Always Wanted to Know about Recalling Mayor Baldwin 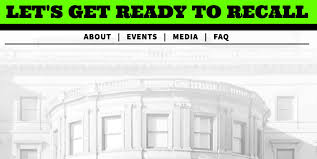 Why are we doing a recall?

The public feels a recall is warranted because of this Council’s closed-door power grab to unnecessarily grant themselves an extra eight months in office and to eliminate runoff elections.

Their actions constitute a true threat to democracy. Democracy depends on us standing up to voter suppression – not giving it a pass until November 2022, as if nothing happened. We don’t want to set a precedent that normalizes this kind of behavior on the part of elected officials.

The Mayor’s move to take citizens of Raleigh out of due process started shortly after she took office. She led a sneak attack that defunded the CACs. While there are still public hearings on development, the voice of the public falls on deaf ears. Even when rezoning requests are denied by the Planning Commission, they are rubber stamped by the Mayor and Council majority.

There are additional concerns about

Who decided to start a recall campaign?

Livable Raleigh sponsored two public meetings, one over Zoom and one in person, to discuss the Council’s closed door power grab to unnecessarily grant themselves an extra eight months in office and to eliminate runoff elections. The overwhelming consensus from attendees was in favor of a recall campaign.

The Mayor’s actions constitute a true threat to democracy. Democracy depends on us standing up to voter suppression – not giving it a pass until November 2022, as if nothing happened. We don’t want to set a precedent that normalizes this kind of behavior on the part of elected officials.

The damage that this council is doing is very disruptive to our quality of life as well, and the community is concerned about how much more damage they can do with an extra year in office.

While the recall involves a lot of time and effort on the part of volunteers, it in no way impacts the functioning of city government.

Why just the Mayor?

As much as we are concerned about the actions of the majority of this council, we are focusing on the Mayor because of practicalities. We believe we will have a greater chance of success by focusing on the leader and we believe this sends a message to the rest of council that their behavior is unacceptable.

If we sought to recall the entire council, every signer would need to sign at least four different petitions with full name, address, and signature – one for the mayor, one for their district councilor, and one each for the two at-large councilors.

The City’s recall rules were written more than fifty years ago and do not allow for online signatures. Signatures must be witnessed by the petition circulator, and the circulator’s signature at the bottom of each petition page must be notarized.

How many signatures do we need?

We need about 14,000 signatures (equivalent to 25% of the number of voters in the previous mayoral election). However we are aiming to collect more than 14,000 signatures in anticipation that some will not be validated.

How many signatures do we have so far?

We collected over 100 signatures at the launch event on July 17. Since then an army of volunteers has been canvassing and we don’t know at this point how many signatures have been collected to date.

We should be able to report on that after a few more events have taken place.

We are aiming to submit the petitions by the end of October at the latest.

Anyone who is eligible to vote in Raleigh’s municipal election and who is registered to vote may sign the petition.

If you aren’t registered, you may register and sign as long as your registration is complete by the time the petitions are submitted.

If you aren’t eligible to vote because you live in the ETJ (Raleigh’s extra-territorial jurisdiction), you are not eligible to sign the petition.

There are numerous options for signing the petition – download one and sign it, email us and we will come to your house, monitor our website and attend one of our signing events.

Yes, it’s very important that you print and sign your name exactly as it appears on your voter registration card.

You can look that up

Do I have to have voted in the last City election?

No. You just have to be eligible to vote in City elections and registered to vote by the time the petitions are submitted to the City, which we plan to do by the end of October.

Does my signature have to be notarized?

Individual signatures do NOT need to be notarized.

However, the person who is collecting signatures (the gatherer) for a petition must sign at the bottom of the page to affirm that they have witnessed the signatures and the gatherer’s signature on the bottom of each page DOES need to be notarized. So the gatherer should NOT sign the bottom of the page until they are in front of a notary. Download and use the Notary Form we have provided on our website on the same page you find the petition and instruction forms. This form will be used by the notary whether you have only one sheet of signatures or multiple sheets. You only need ONE notary form. It will function as a cover sheet for all your petition pages. Signing in front of the notary and having the form notarized indicates the notary has witnessed the gatherer sign each page. Livable Raleigh has volunteer notaries who will be available to witness the gatherer’s signature or you can probably get your pages notarized for free at your bank or credit union.

This part is confusing so check out the instructions at https://livableraleigh.com/recall-news/ and please email LivableRaleigh@gmail.com if you still have questions.

Who would be Mayor if the recall is successful?

When would an election be held?

We are hoping that an election would be held some time in January. The Recall process as outlined gives the City Clerk ten days to validate our petition once we submit; then we have ten days to make any corrections. After that the Board of Elections is required to set an election within 60 days. So if we submit petitions at the end of October, we anticipate a January election.

Who would run in an election?

According to the recall rules, Mayor Baldwin would automatically be on the ballot.  Any other candidates may file and run. Currently we are aware of one announced candidate for mayor – Terrance Ruth. He announced his candidacy when the election was originally scheduled for October 2021 and has said he is now running for November 2022 and is prepared to run in a special election if the recall is successful.

Do you need volunteers?

Yes!  We need volunteers to collect signatures either by canvassing door-to-door, organizing a neighborhood signing party, and helping us at a petition-signing event.

If you can volunteer, please email us at:

Do you need money?

Yes. We have ongoing expenses that support our community outreach, including our Zoom charges, MailChimp fees, legal consults, etc.  We would gratefully appreciate contributions! Just go to our website and click on donate link to make an online donation or mail a check to Livable Raleigh, PO Box 6404, Raleigh, NC 27628

How much will it cost to hold a special election?

We don’t know the cost, but we do know that this Council is wasting taxpayer dollars on a regular basis. They spent $720,000 more than they needed to on designer bus shelters, more than $70,000 on a “community engagement” consultant that went nowhere, and have decided to raise our property taxes and fees while giving away $5 million a year to developers.

We are concerned about more wasteful spending between now and November 2022.

We are confident that we can gather enough signatures to submit a valid petition. However the City staff have refused to answer any questions or clarify any of the recall rules and those rules are somewhat ambiguous. The State and County Boards of Elections keep referring us back to the City for answers. Our attorney has also been unsuccessful in getting responses despite repeated requests, but we are confident that we are following the process as outlined in section 4.2 of the City code.

In the end, if the City does not accept our petition we will have to decide whether or not to pursue legal action. That will depend on timing and money. If we get into a protracted legal battle, it may not get resolved before the November 2022 election.

Regardless of the outcome, we are fulfilling one of our major objectives which is to inform, educate, and engage Raleigh residents so that we turn out more well-informed voters in future elections.